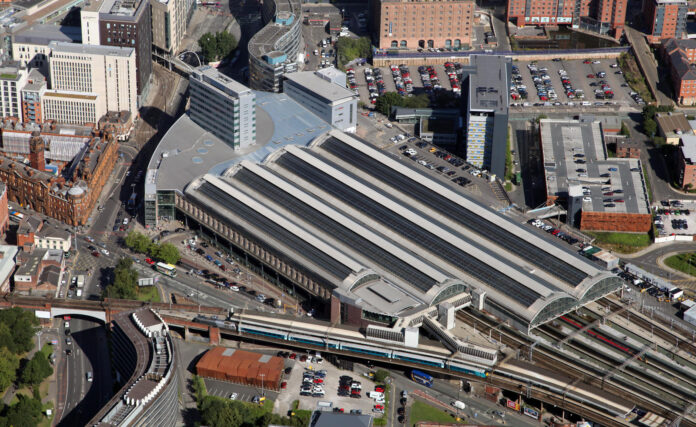 With local politicians including Andy Burnham and Manchester leader Bev Craig calling for an underground terminal the report details why an underground option will not work.

The report,while recognising that all options will cause disruption,found that the use of mined caverns of the proposed size, scale, and close spacing in a city centre introduces significant risk both in terms of safety and of damage to existing structures due to settlement risks.

All of the underground options would require significantly greater volumes of material to be imported and exported.

The underground station options would also require significantly more material to be removed by road from the south portal of the Manchester Tunnel, which could lead to a doubling of HGVs movements in the area when compared to the baseline scheme.

However Over 50 political and business leaders are to lobby the Government next week on its decision to rule out an underground HS2 station in Manchester.

They cite a potential dent to the city’s economy of £333 million per year if a new overground station goes ahead that will swallow prime city centre land.

In partnership with Manchester City Council and United City, private sector lobby group Downtown in Business will present evidence to the Department of Transport on Wednesday, 6th July at the House of Commons, urging it to revise designs for Manchester Piccadilly.

Frank McKenna, the Group chairman and chief executive of Downtown in Business, said: “The current plan, to deliver a surface station, will swallow up a massive chunk of city centre land that will otherwise be economically productive and support the city’s ‘levelling up’ efforts.

“Instead, we are arguing that an underground version, which will cost an additional £3 billion according to current projections, will provide £333million a year in additional economic benefit.”

“The revised proposal put forward by the Government, in my view, just cuts corners and doesn’t mirror what HS2 has been designed to achieve and makes a mockery of the levelling-up agenda.

“With an underground station, we can make the most of space and make a real difference to the future of the city and the wider region.”