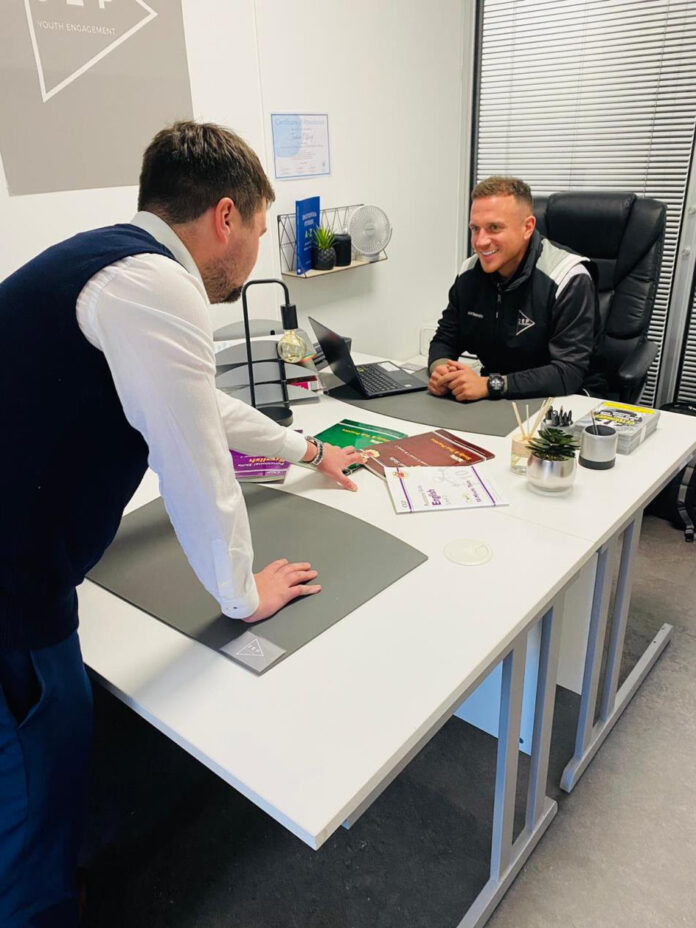 An amateur cricketer who lost his job as a teacher due to a drink driving offence has turned his life around after launching JEP Youth Engagement.

Jamie Pilling was banned from the roads on new year’s day in 2016 for driving while under the influence.

He has since suffered with bulimia but has taken advantage of the time lockdowns have provided to alter the course of his future.

“It was always my intention to start my own youth support service having experienced what I have during my life,” said Jamie, who lives in Tottington, Bury. “And it’s great to have now launched JEP Youth Engagement.”

Jamie, a former Youth Violence Prevention Coordinator for Salford Foundation on the STEER Programme, and Residential Child Care Worker for Salford Council, has been commissioned to work with 18-21 year olds in prisons while also landing contracts in schools across Greater Manchester.

He builds trust with youngsters by being open about his battles with bulimia, mental health as well as the drink driving offence which left him at rock bottom.

“I didn’t change things when I could have done and that meant I went to pretty much the lowest point before I sought help,” said Jamie.

“It was food poisoning that brought bulimia on. At the time I was body conscious having put weight on and was on social media too much. After I’d lost weight, due to the food poisoning, I continued to go on making myself sick and one thing led to another – it was a horrible experience.”

Jamie, who was charged by police with three common assaults while studying, now uses his knowledge to prevent youngsters from suffering the way he did.

“It’s no secret to people who know me that I’ve had my troubles,” he said. “On New Year’s Day in 2016 I decided to drive home while under the influence of alcohol and I hit a parked car. I was lucky to just get a ban and that no one was hurt. Since then I’ve worked very hard with my therapist to turn things around, and have become a more stable individual as a result.”

Jamie is now back representing Ramsbottom Cricket Club for a second spell having spent much of his cricket career at hometown club Walshaw.

The key to preventing things from spiralling is sharing feelings with others, according to Jamie.

“Things are going really well at JEP Youth Engagement and it’s a privilege to work with so many great young people.

“I find that when I share my experience of bulimia a lot of young people have had similar problems but don’t necessarily know what it is. As a result I’m very open with them and try to reassure them as much as possible to share their feelings and problems with others.”

In both schools and prisons Jamie runs one-to-one sessions on growth mindsets, the importance of resilience as well as self esteem and confidence building when it comes to managing anxiety.

“We’re also running mental health workshops in schools across the region on a one-to-one basis, aimed at deviating youngsters from drug use and crime,” said Jamie.

“My work is fundamentally about establishing relationships of trust with young people who feel they can relate to me.

“By treating every young person with the respect they deserve as an individual, rather than just another ‘troubled individual’ to be managed through the system, we help them to develop the skills, positive attitude and resilience they need to make a positive contribution to their lives, families and communities.

“We help them to address their challenges in a safe environment, which in turn enables them to be fully equipped with everything they need to fulfil their full potential in the future.”

For more information on  JEP Youth Engagement visit the website