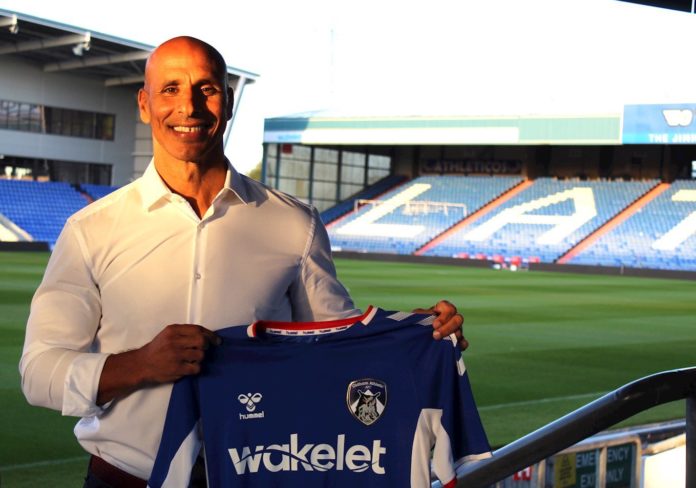 Dino Maamria has become the new Head Coach of Oldham Athletic on a deal that will last till the end of the 2020/21 season.

Earlier the club released a statement that Laurent Banide and Bouziane Benaraibi have been relieved of their duties with immediate effect.

48 year-old Maamria was recently in charge of fellow Sky Bet League Two side Stevenage FC from March 2018 until earlier this month. In his first full season in charge his side finished on 70 points, just missing out on the play-offs by one.

Maamria who is of Tunisian descent has had a lengthy playing career in England before stepping into coaching and then management.

He has also had spells as Assistant Manager at Preston North End and Newport County.

On his arrival, Maamria said; “I’m hugely excited to join such an historical football club. The vision and ambition of the Chairman was a big factor and the first priority is to stabilise and unite this great football club.”

He added: “I’m here to win football matches as well as improve, give confidence and belief to an already talented squad.”

City will play Liverpool in the Champions League quarter-final