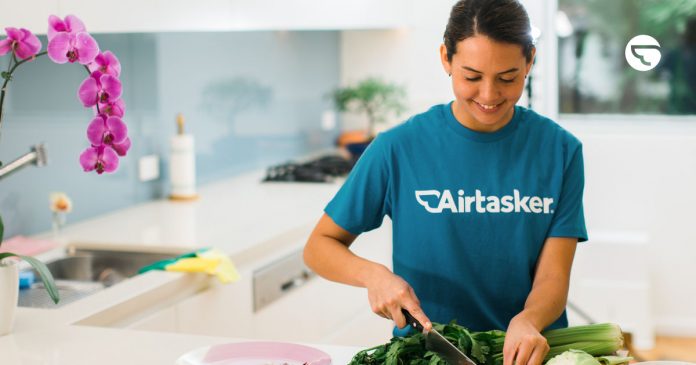 Following on from a hugely successful launch in London in March 2018, Airtasker – the community marketplace connecting people ready to work with those who need jobs doing – is pleased to announced that it has launched in Manchester today.
Why? According to Airtasker research, people in Manchester an average of 8.2 days every year doing household chores, alongside 16.7% of the local population claiming to struggle changing a lightbulb – and a whopping 22.35% of the same pool lacking the know-how to defrost a freezer. Thousands of people are already using the platform to outsource everyday tasks around the house and beyond, freeing up time to spend working towards personal or professional goals instead.
Airtasker is a platform for sharing a range of jobs and tasks, spanning the ordinary – including DIY jobs, cleaning, gardening and flat pack assembly – to the extraordinary – like recent call-outs for an ‘expert burger taster’ to track down the best patties in Manchester, or someone with enough local know-how to plan the ultimate day out in the city – which the Airtasker team have listed in a bid to get the best local tips the city has to offer.
The site attracts a huge breadth of ‘Taskers’ from the local community (those earning money through completing tasks on the platform), inclusive of students, retirees, skilled professionals and licensed tradesmen, or just those looking to earn extra cash via a more flexible set-up than the standard 9-5. Founded in Sydney, Australia – Airtasker already has more than two million users worldwide, with Taskers earning more than A$100m from the platform each year in Australia. A figure Airtasker are hoping to emulate for Taskers in the UK.

What are the Main Things for Start-ups to Consider in Manchester?

Tech salaries set to outpace other professions in Manchester in 2018