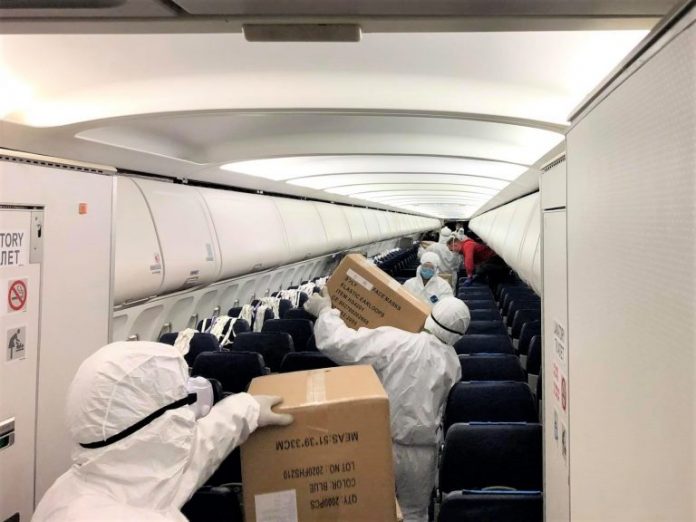 The global battle against the novel coronavirus pandemic has required a radical transformation of our economic way of life. Among the many industries that have had to adapt to fight the virus is the air cargo industry, which has been vital in shipping essential supplies to wherever they’re needed around the world.

As governments began to acknowledge the severity of the crisis back in early March, repatriating citizens to their home countries became a clear priority. With the rules surrounding passenger flights evolving rapidly in response to the virus, getting people home proved an immense challenge. Some countries were unwilling to allow planes to land unless the passengers were citizens of that country – which made layovers incredibly difficult. Journeys home, particularly from far-flung destinations, required careful and swift negotiation.

One charter company that assisted with the effort was Chapman Freeborn, whose in-house support company Wings 24 made monitoring the situation a priority. Neil Dursley, the company’s chief commercial officer, was eager to praise the efforts of the company’s diverse and global staff: “As an organisation, we pride ourselves in the people that we employ, and I’ve witnessed first-hand the level of dedication and professionalism shown by our teams globally. We’ve had our repatriation projects covered in the national news – projects completed thanks to the hard work of our teams.”

Frontline medical staff, and other essential workers, need protection against the virus. The demand for PPE is thus almost universal, and shipping that PPE to where it’s needed is an almost unprecedented logistical challenge. Air cargo plays a vital role in shipping essential equipment between countries. These products might include facemasks, respirators, screens and disinfectant.

With lockdowns in place across the world, the volume of air traffic has been severely restricted. Much of the world’s air cargo is transported within passenger planes, alongside passenger luggage. But with passenger planes being all but entirely grounded, the cargo burden has been borne almost entirely by specialist cargo planes, designed to transport goods rather than people.

An obvious way to address this shortfall is to make passenger planes available for the air cargo market. And that’s exactly what Chapman Freeborn and Avion Express have done in bringing a fleet of Airbus A320 and A321 passenger jets to the cargo market. These are among the world’s more common passenger planes, with the first A320 first hitting the market in April 1988, and the slightly longer A321 coming to market in 1994. Being slightly longer, the A321 is slightly more capacious, and able to carry up to 17 tons (compared to the A320’s 17).

Similar deals have been struck elsewhere, including with Magma Aviation’s fleet of Boeing 747s, which have helped to sate the demand created by a range of travel bans, including President Trump’s ban on flights in the US.

These planes account for a significant proportion of the overall air-travel market, and thus any steps that can be taken to repurpose them will help the air travel industry to remain afloat during what has proven to be an extremely challenging time. By positioning these aircraft strategically across the world, air cargo suppliers can respond rapidly to meet the unpredictable demands of a changing situation – and transition painlessly back into the standard way of doing things.

Business investment in Stockport is at an all time high