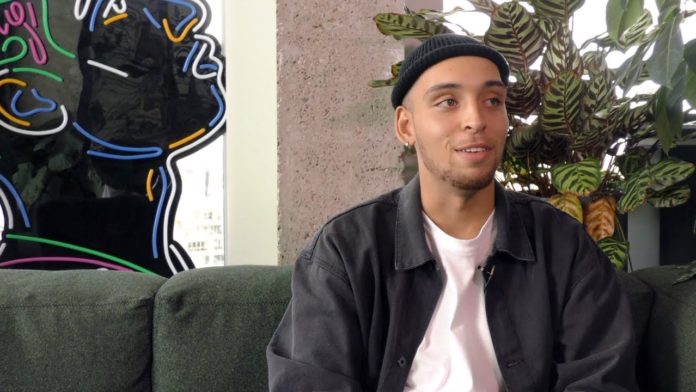 All this follows the success of recent single ‘Don’t Ask’, which was playlisted on Radio 1’s BBC Introducing playlist and precedes more music coming soon. Aeris Roves will play in Manchester on the 26th February at YES (The Pink Room).

A potent blend of introspective R&B, late-night soul, and Aeris’ confessional croon, ‘Offline’ navigates for an IRL, emotional connection amidst the often-exhausting world of online love. His most accomplished release to date, ‘Offline’ also showcases the refreshingly candid way with old-school romance, modern-day masculinity (and the tension between the two) which Aeris Roves is quickly making his own.

The video to ‘Offline’, in Aeris’ own words, “plays on a make-believe relationship that exists mainly online. The lines between reality and virtual reality are blurred, in a way that is almost surreal. It explores the idea of facades and the way in which individuals are able to create personas for social media that differ from what is seen in reality. In the video, the protagonist displays a strong sense of frustration that only seems to disappear when social media is less present in the ‘Offline’ universe.”

Already building an impassioned young fanbase, ‘Offline’ takes those frustrations of the digital age and finds the positives: the same attitude which can be said of Aeris Roves’ remarkable journey to date.