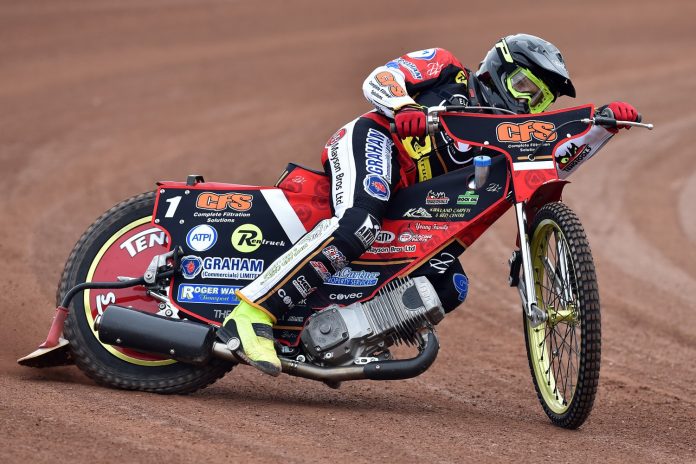 Belle Vue are looking to make up for lost ground over the Poole Pirates on Monday, April 16, when the southerners make the long journey north to Manchester’s National Speedway Stadium.

The two sides met for the first time this season last Wednesday at Wimborne Road where, after a strong start, the Rentruck Aces left empty handed after a mid-meeting surge from their hosts.

Team boss Mark Lemon described the night as “the one that got away”, but was encouraged by the notion that his side could’ve carried through had Craig Cook and Steve Worrall been present.

Lasse Bjerre stands in for the injured skipper at the NSS, while a late change at No.6 sees Dany Gappmaier come in for Jye Etheridge who has been ruled out with a wrist injury.

Paul Starke, who made his impressive debut at Poole, is confident Belle Vue can hold their own against the Pirates, stating: “I think we’ve already proved how hard we can push them.

“After the start we had we were all a little bit frustrated not to come away with the point, but considering we were down two of our strongest riders I think, bigger picture, we did pretty well.

“It’s a completely different ball game on Monday. The team has a home win to our name already and though we’re still missing Stevie, to have Craig back with us is a huge boost to morale.

“We know how much Poole love our track. Everyone’s capable of being fast around there so it’ll be a tough meeting but we have the means and the motive to get those 3 points on the board.”

The Rentruck Aces return to Manchester against Poole on April 16 ahead of their trip to King’s Lynn on April 18, while the Colts resume their home campaign against Buxton on April 20.

Tickets for both home meetings are available online at www.bellevueaces.co, or at the stadium box office on race night.