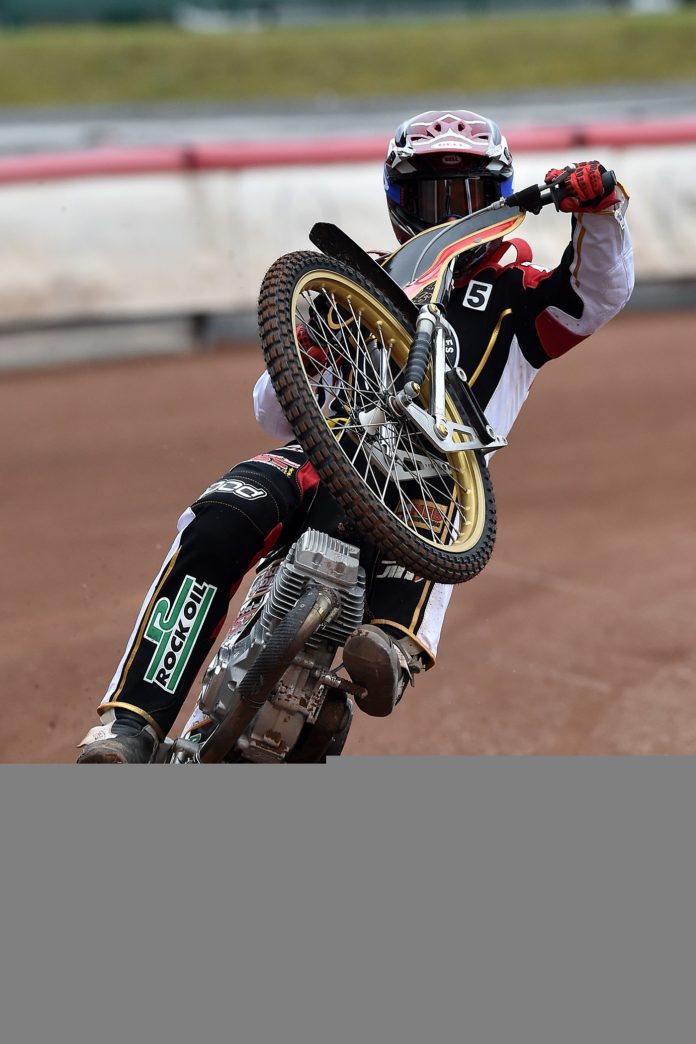 A strong offensive in Belle Vue’s first Premiership clash of the season was not enough to earn them a consolation point for their efforts at Poole, with the home team taking a 50-40 victory.

A late change to their line-up saw Swindon’s Troy Batchelor step into the No.1 position after news filtered through that Craig Cook had become a father to a beautiful baby girl that afternoon.

The Rentruck Aces took an early lead in proceedings, leaving the Pirates trailing by 6 points after Heat 4 with Max Fricke, Dan Bewley and debutant Paul Starke in blistering form for the visitors.

But the hosts fought back and responded with a number of heat advantages that culminated in a double 5-1 to put them ahead of the Mancunians by 8 after Heat 11.

Despite their persistence, the Rentruck Aces were unable to recover the deficit but team boss Mark Lemon said the meeting is far from a write-off, stating: “The season is still in its infancy.

“It’s the one that got away from us to be honest. Had Craig [Cook] and Steve [Worrall] been with us things may have panned out differently but at the same time there were some good signs.

“Poole are the league favourites this year and we ran them close. To come away from Wimborne with 40 points is a positive result so I would not class this meeting as a write-off by any means.

“There’s a lot more to come from this team. We’ve only just begun to see their potential and I think, with a few more meetings under our belt, the performances will only get stronger.”

Meanwhile, the Belle Vue Colts are looking to build on the strong start to their National League title defence when they journey to the Isle of Wight’s Smallbrook Stadium on Thursday, April 12.

They will, however, be without two of their regular line-up for the trip across the Solent, with No.1 Tom Perry absent due to work commitments and Jack Smith on duty in the Championship.

The club have more than made up for their missing duo with Mildenhall’s Danny Ayres coming in to cover for Perry at No.1, while Eastbourne’s Georgie Wood steps in to guest for the skipper.

Club No.7 Ben Woodhull said: “I think we surprised quite a few people with our performance against Coventry and I don’t see why we can produce something similar at the Isle of Wight.

“We’re going there to get as many league points as we possibly can. It’s not ideal being without Jack and Tom but we’ve got two really strong guests who will compliment the team well.

“On paper, the Warriors look pretty strong but we’ve proved already we’re capable of putting in some good laps, and having won our first meeting has given us a great boost of confidence.”

The Rentruck Aces return to Manchester against Poole on April 16 ahead of their trip to King’s Lynn on April 18, while the Colts resume their home campaign against Buxton on April 20.

Tickets for both home meetings are available online at www.bellevueaces.co, or at the stadium box office on race night.