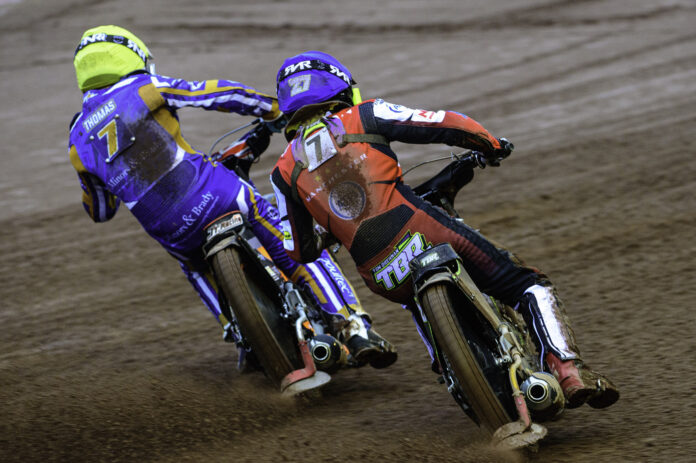 Belle Vue Aces are cautious but confident ahead of their trip to King Lynn’s Adrian Flux Arena on Thursday, May 19 despite still being without two of their key riders.

Jye Etheridge is confirmed as having a small fracture to his collarbone and Matej Žagar has aggravated a previous shoulder injury; both are expected to be side-lined for a short while as a result.

But the ATPI Aces have already proved once this week that they have the necessary firepower to compensate for their absence, having beaten the Stars at home 48-42 on Monday.

And they have every intention of replicating that success in Norfolk where they will track the same team line-up as at the National Speedway Stadium.

Rider Replacement will operate for Etheridge at No.2, with Charles Wright, Norick Blodorn and Tom Brennan eligible to take his four programmed rides.

The club has again called on the services of Michael Palm Toft to deputise for Žagar at No.4 and team boss Mark Lemon is satisfied his boys can deliver once more on the road.

He said: “Obviously it’s not ideal for us to again be without Jye and Matej, but we are keeping in regular contact with them and hopefully they will be back with us very soon.

“I was very proud of the boys on Monday, not only for the result they produced but the just the sheer bravery and determination they showed in the face of a very challenging night.

“King’s Lynn fought us every step of the way, but at every turn they stepped up their game to secure us the win and I’ve every confidence they will do just as well on Thursday.

“The Adrian Flux Arena is a place that, historically, we have enjoyed plenty of success and I don’t see any reason why we cannot continue in that respect.

“We’re grateful to Michael for helping us out again and I know we will be in for another tough challenge but you can never rule our boys out. They want to win and I believe they can.”