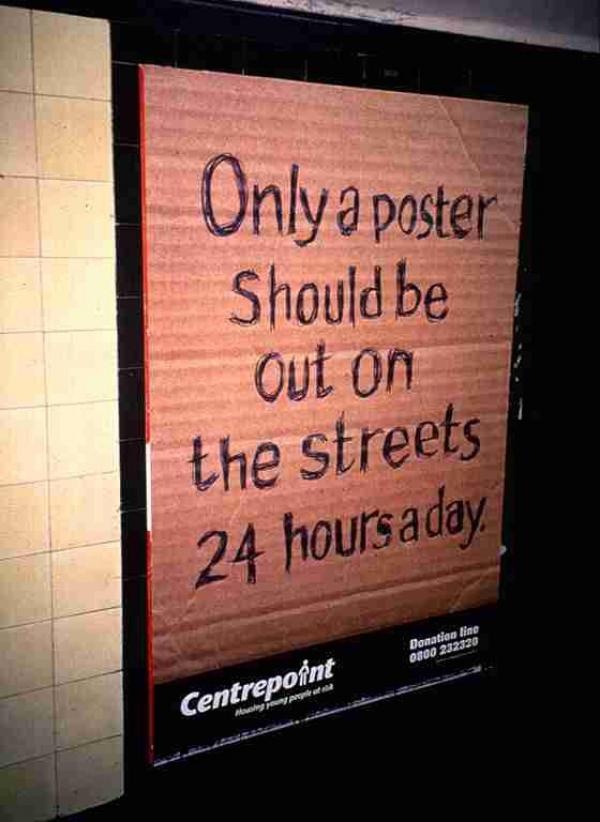 Abi from Manchester became homeless as a teen after her mum died and her relationship with her dad became hostile and she became worried for her safety. She sofa-surfed and then slept rough during the winter. Made friends with another rough sleeper who showed her how to survive; one day she woke up to find him dead. She has permanent frostbite on one toe from during this time. Abi sought support from Centrepoint in Manchester. She’s now a married mum of two, with a degree and a job.

Abi’s is being highlighted today by the Charity Centrepoint who have named the beginning of the frosty, festive countdown Friday 1st December, as Bleak Friday.

Centrepoint has completed research with the largest ever group of young people who have experienced homelessness, to get a true account of the challenges they face.

Sadly, 44% of homeless young people have stayed in an ‘insecure’ place (streets, car, tent or squatted), compared to 5% of the general youth cohort.

More than one in ten (12%) have felt they had no choice but to sleep in a stranger’s home, putting themselves at risk of danger and abuse (compared to 1% of the general population.)

Many young people, however do not realise they are homeless. The stereotype of the rough sleeper in the grubby sleeping bag can lead young people to believe that their situation is “not all that bad”.

‘Sofa-surfing’ is a common theme, with over two-thirds (68%) of homeless young people having temporarily stayed with friends or extended family (compared to 10% of the general population) because they had nowhere safe to call home.

Worryingly, almost a third of young people (29%) felt they had no choice but to stay in their home even though it was not safe and they were at risk of violence.

Centrepoint CEO Seyi Obakin comments, “When home is a living nightmare, the streets can become the only refuge for many young people. Tonight, thousands will risk their lives trying to find a place to sleep. It’s simply unacceptable. No one should have to face Christmas alone in the cold.

We support more than 9,200 homeless young people a year…but we know hundreds of thousands of more need help. In fact, we found out that 150,000 young people asked their local council for help with homelessness last year alone. We need to do more and need your help.”

The Freephone Centrepoint Helpline is available for any young person aged 16-25 in England, who is worried about homelessness. Open Monday to Friday from 9am to 5pm – call 0808 800 0661.