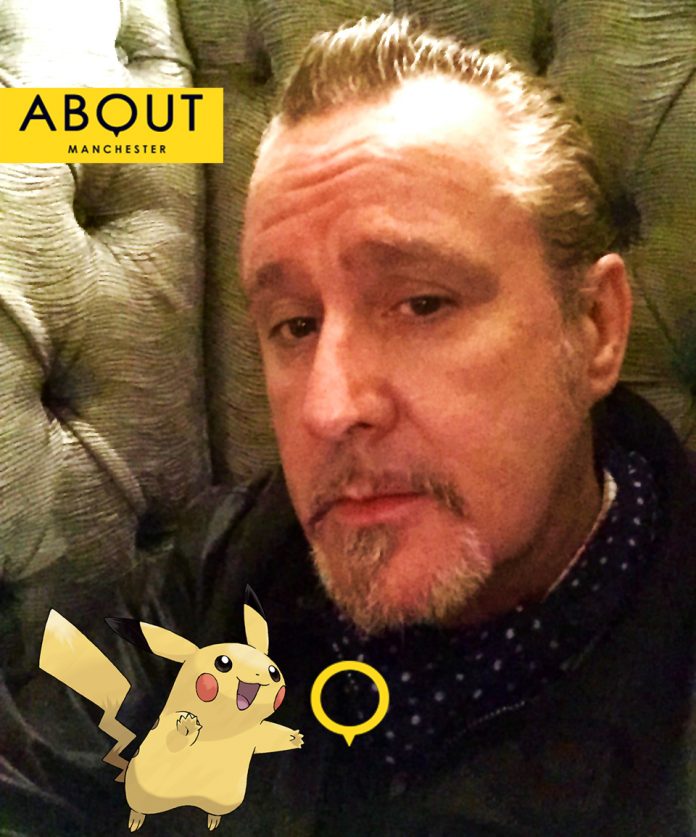 Introducing our brand new columnist John S Locke.He divides his time between Manchester and Chester and this week he is musing about a little yellow character

So, my first column.

What to write about?

Where is my muse? Ou est ma muse?

What could possibly annoy, bemuse or amuse me today, as I sit to write this missive? Hmm …

Well, the weather is kind of average and the news is full of upset folk discussing the leasehold / ground rent rip off… Annoying, but not inspiring of a good old Lockie rant.

I was highly amused by the Pokemon Go phenomenon I experienced in Chester last weekend. That was a very unusual event – amusing, odd, unnerving, also, and the least sociable social event I have ever witnessed!

Literally thousands of Pokemon hunters descended on the ancient heritage City of Chester (take the Man out of Manchester and you are left with Chester which you will soon realise, dear readers, is where I spend half my week in my position as pub and hostelry owner).

The hordes of teenage men and women, families, older men, dogs and dads, mums and babies, spent Saturday and Sunday like a benign invasion force, walking almost silently throughout the city. They were staring intently and, it has to be said, happily, into their mobile phones and tablet devices – all searching for the canny magically powered non-existent critters.

Now, seeing this amount of people from other parts of the country and, indeed, the world wandering around in good old historical Chester’s city centre is usually due to the Chester Races or swathes of tour-guided Chinese or American tourists.

This, nevertheless, was very, very different.

I did experience the previous Pokemon Go phenomenon and this latest one was odd to witness from an outsider’s point of view, I will admit!

You see, the only time I have seen an imaginary creature smiling and dancing in front of me was after being convinced to eat some magic mushrooms in my teens by mate Trev. At that occasion, I subsequently found a 3 ft tall Teddy bear in a sailor’s suit dancing in my Mum and Dad’s front room (when wandering downstairs in a daze for a glass of water) to wash the earthy mushroom taste of out of my sand-dried mouth.

He was there a fair while, too, the tinker! Happily dancing and giving me the thumbs up -when I dared stick my head around the corner of the kitchen door into the lounge to look at him in slack jawed amazement! That’s a story for another time though. 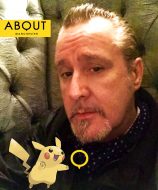 This most recent Pokemon invasion was a special occasion organised by Big Heritage in Chester and the company who own Pokemon, as a cultural heritage day.

One such similar event happened in Rome previously. At the same time as the Chester invasion of Pokemon this past weekend, an event was also being held in Chicago.

So, a fairly salubrious event for my old home town indeed!

It was very, very odd though.

Normally a crowd of this number invading the city is associated with Chester Races and has the associated drunken, licentious, raucous behaviour and fall out – orange girls falling off ridiculously high shoes whilst screaming at their equally inebriated boyfriends to ‘Save me Gary… Save me, you useless get!’ Then throwing up on their own feet … That kind of thing. Posh, like.

This was completely different but equally as interesting to the onlooker. No one really spoke to each other… They were the most sober, unique, unaware of their surroundings, intent, and zombie-like folk, I have ever seen and I have seen women leaving a Barry Manilow concert from the MEN arena.

I was out and about amongst them Flyering as part of my business position and real life role for my bar and restaurant and it was extremely surreal.

I felt it was a lot like being immersed in an episode of the equally fan-obsessed Dr Who.

At points I genuinely expected a big blue box to arrive at The Cross and a wild-eyed, scarf-wearing woman (Ooooh! Controversial!) – with a large lipstick-shaped sonic screwdriver whirring above her head, exclaiming dramatically, ‘All these people are about to be turned into crazed mutant robot things and we had better leg it in the blue box to Gallifrey or else’.

Obviously and unfortunately, this didn’t happen, probably because I haven’t eaten mushrooms since I was 17 due to the teddy bear incident. But,I digress.

What did happen was thousands upon thousands of people had a tip-top day and evening out chasing imaginary creatures around a beautiful city in the North of England over 2 days.

About 25,000 people of all ages, sexes, nationalities and creeds came to one of the oldest cities in Britain and had a bloody good time, with not one arrest, not one pool of vomit or wee-soaked wall. There was no random, single high-heeled stiletto shoe left anywhere.

I wonder if any one of the happy hordes caught a sailor suited, smiling, dancing teddy bear by chance?

If so please send him round mine for a pint and a catch up.

See you next week kids x

Email the man himself: johnstevenlocke@me.com