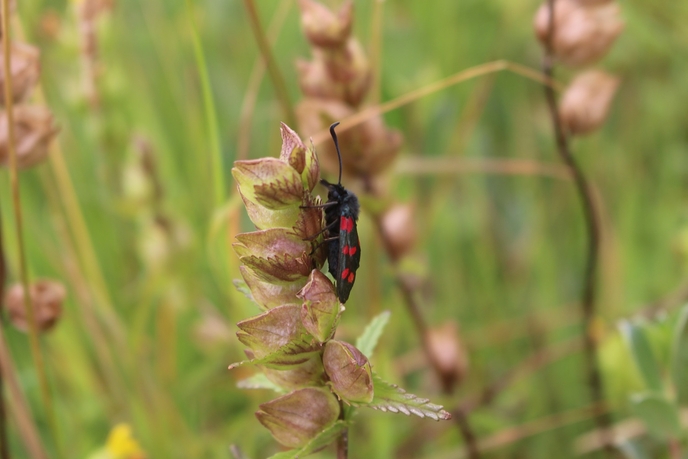 The Wildlife Trust for Lancashire, Manchester and North Merseyside and Wigan Council have created more than 60 hectares of species-rich grassland in the borough.

In place of poorly managed areas of grass, the meadows are now home to up to 25 plants species per square, including yellow rattle, orchids and the rare lesser spearwort and green-winged orchid. These plants not only add colour to the grassland but they attract insects, which are vital for pollination or food for birds.

The project has been brought to life by a video “What’s so wonderful about Wigan?”, featuring local botany star Josh Styles, from the North West Rare Plants Initiative.

Josh said: “A large proportion of Britain’s wild plants grow in meadows, but since the turn of the Second World War, these have declined by over 97 per cent and now only cover around one per cent of Britain’s land surface area.”

The landscape has changed and not for the better, so a return to wildflower meadows is a positive move as scientists are warning of a biodiversity crisis as well as the well-publicised climate crisis.

It meant a different way of dealing with these areas, which had been mown on a regular basis. Now the plants are allowed to grow tall and are only cut once in August.

Wigan Projects Manager Mark Champion said: “These meadows were part of an original restoration in the 1970, however, they had no maintenance and had become species poor tall grass. By an annual, traditional hay cut they improved and the addition of yellow rattle a parasite on grasses, which attracts pollinators, means the transformation has been completed.”

Other grassy areas have been identified, including meadows and roadside verges, and they will be managed to create new traditional grasslands in the borough. The Wildlife Trust has similar meadows in other parts of the region and will be looking to copy the Wigan project.

Martin Purcell, Greenheart Officer at Wigan Council said: “It’s fantastic to see local authorities and other organisations across the country taking action to reverse the loss of these important habitats.

“Where Wigan is different is we are developing species rich grasslands in a post-industrial urban setting. This forms an important component of the council’s Naturalising the Borough initiative and a key strand of our Climate Change strategy providing multiple benefits for biodiversity, health and wellbeing for the future.”