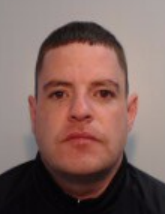 Police searching the property discovered a  carrier bag hidden in a bin in the kitchen, inside of which was stashed 1kg of cocaine.Also found in the main bedroom was £3,000 cash  and several mobile phones.

Ridgway was arrested on suspicion of possession of class A drugs with intent to supply and money laundering later that day.

“If sold as individual deals the cocaine Ridgway had concealed would have been worth around £100,000.

“Thanks to our officers conducting a thorough search of Ridgway’s home these class A drugs have been taken off the streets of Manchester.

“I hope this result proves that we will continue to target those involved in organised crime and the supply of illegal drugs and we will take robust action against them.”