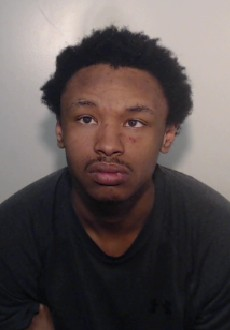 A man who stabbed a woman with a bread knife multiple times after attacking her with a TV has been jailed for 15 years.

Fidel Robinson aged 23 of no fixed abode was sentenced at Manchester Crown Court to 15 years in prison after pleading guilty to one count of attempted murder,and three counts of assault

The court heard how Robinson viciously assaulted two women between October 2019 and December 2019.On Thursday 24 October Fidel and a woman in her 20s were at an address in Irlam with a mutual friend when he attacked them both.Both women were left with severe bruising and facial injuries.

On Saturday 14 December , Robinson lashed out again at the woman.

Robinson viciously attacked the woman and proceeded to throw a television on top of her before going into the kitchen for a bread knife which he then used to stab her with several times.

The woman bravely managed to disarm Robinson and hid the knife behind the bath before he fled from the address.After the attack the woman ran from the property and managed to get help from her neighbours.

The attack was so severe that the woman remained in hospital for one month and underwent extensive surgery for her facial injuries which left her with lasting scars.

Robinson was arrested by police on Thursday 19 December 2019 for unrelated matters and provided false details. It wasn’t until he was in police custody and fingerprinted that his true identity was established.

He was linked to the earlier crimes following forensic analysis from the scenes including a blood stained fingerprint and enquiries with a local taxi firm, which Robinson had used after fleeing the address.

Detective Constable Philippa Barker of GMP’s City of Manchester District said: “Robinson is clearly a dangerous man and thankfully we have managed to put him behind bars for a considerable amount of time.

“The attack on this woman was brutal and relentless and she has been left with life changing injuries and scars. He also left a second woman with injuries.

“The woman fought for her life and without her incredible bravery and strength throughout the investigation, we wouldn’t have been able to put Robinson in prison where he can’t hurt others and I can only commend her for this.”