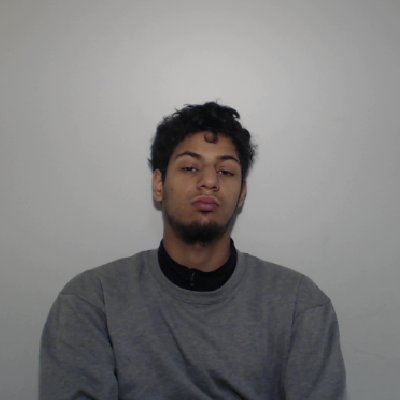 A gang who terrorised Bury by committing a series of knifepoint robberies within just a few hours of one another last have been sentenced.

Two boys aged 16 and 17 from the Cheetham Hill area who cannot be named for legal reason and Abdullah Chaudhry aged 19 of Park Road, Prestwich have all been sentenced for their varying roles in a series of incidents across the district in September and November 2018.

The first robbery occurred when a man stopped his green Vauxhall Corsa at the junction of Albert Street and Rochdale Road in Bury.

A man reached in through his window and took the keys from the ignition, before three men got into the back of the car, one of whom produced a six-inch knife and held it to the back of his head, threatening the man that he would be killed.

Later, the car stopped in the Simister area after the key snapped off in the ignition and a bystander challenged the men after seeing the victim in distress. They then drove off in the stolen car, which was later recovered by officers.

The second incident occurred on Sunday 18 November 2018.The victim, a man aged 23, was walking along Sunningdale Avenue, Whitefield, when a car reversed up the street toward him.Three men got out the car and demanded he hand over his phone and wallet before making off in the car.A card stolen during the robbery was later found to have been used to order pizzas to the value £183.

Then in November 2018 a series of eight knifepoint robberies were reported to police between 6.30pm and 10.10pm.

The robberies typically saw a group of men alight from a stolen silver Audi before threatening victims with a knife and demanding cash, before fleeing in the car.The vehicle activated an ANPR camera in the Cheetham Hill area.

The vehicle was located and four men arrested. A number of items stolen during the preceding robberies including mobile phones and bank cards were recovered.

Detective Inspector Ian Partington on GMP’s Bury District said: “Over a period of just a few hours, these individuals brought misery to numerous innocent members of the public who were confronted by robbers who threatened to kill unless they complied.

“But this gang were as foolish as they were menacing. They left countless pieces of evidence in their wake via which we were able to trace them and prove their involvement in these crimes.

“Now they have a long time to contemplate their actions and the upset they have caused.”

A boy aged 16 who cannot be named for legal reasons from the Cheetham Hill area has been sentenced to a two year detention training order after pleading guilty to conspiracy to commit robbery.

A boy aged 17 who cannot be named for legal reasons from the Cheetham Hill area has been sentenced to three years detention in a young offenders institute after pleading guilty to conspiracy to commit robbery.

Abdullah Chaudhry (10/05/1999) of Park Road, Prestwich has been sentenced to four years in prison after pleading guilty to conspiracy to commit robbery.