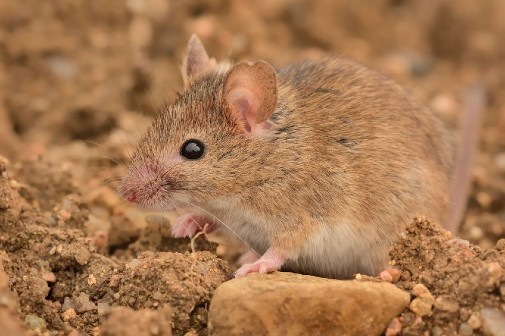 Dr David Orton, from the University of York, found mouse bones unearthed in the floors of burned houses at a 6,500-year old Neolithic village in Serbia.

These bones from the “eastern” subspecies, Mus musculus domesticus, now represent the earliest evidence of house mice in Europe – thousands of years before the “western” subspecies known in Britain today spread around the Mediterranean to western Europe.

The discovery was part of a research project led by the National Museum of Natural History in Paris, which set out to track the other, “western” subspecies of house mouse. Researchers analysed more than 800 dental remains from mice found across Europe and Asia, showing that the western species first reached Greece from the Middle East in the Bronze Age, c.4500 years ago, alongside the emergence of cities and trade networks.

However, Dr Orton, from the Department of Archaeology, turned detective to investigate a hunch that much earlier late-Neolithic villages in the Balkans might have supported mouse populations, despite it being universally accepted that mice didn’t reach this far north until much later.

He said: “People have said that mice didn’t spread north of the Mediterranean in the Neolithic because the European settlements just weren’t big or dense enough to support them, but having worked on these big Serbian sites I knew that wasn’t universally true.

“It occurred to me that since archaeologists in the Balkans often haven’t used sieves very much, they wouldn’t necessarily have found any mouse bones even if they existed. But I knew that there were specialists working on plant remains in the area who do take samples of soil and run them through very fine meshes and may have accidentally captured bone samples.

I contacted a specialist I knew who worked on plant samples in the area and she said she’d found a lot of small bones in her samples which she’d kept.”

“We took a trip out to the site and went through some of the sample bags, and found quite a few rodent bones – including some burnt jaws that very much looked like house mouse, found under burnt rubble on the floor of houses that we know were burnt down in c.6500 BC.”

The findings were confirmed by further analysis by experts from the Natural History Museum in Paris, who were able to pinpoint the bones as coming from the eastern subspecies. It is not clear how the house mice reached the region, but it may be related to a phenomenon of very large farming villages that emerged at the end of the Neolithic period from the central Balkans right up to Ukraine.

The study’s authors also suggest that the mice might have been responsible for the spread of house cats across Europe – as people sought to rid the mice from their homes.