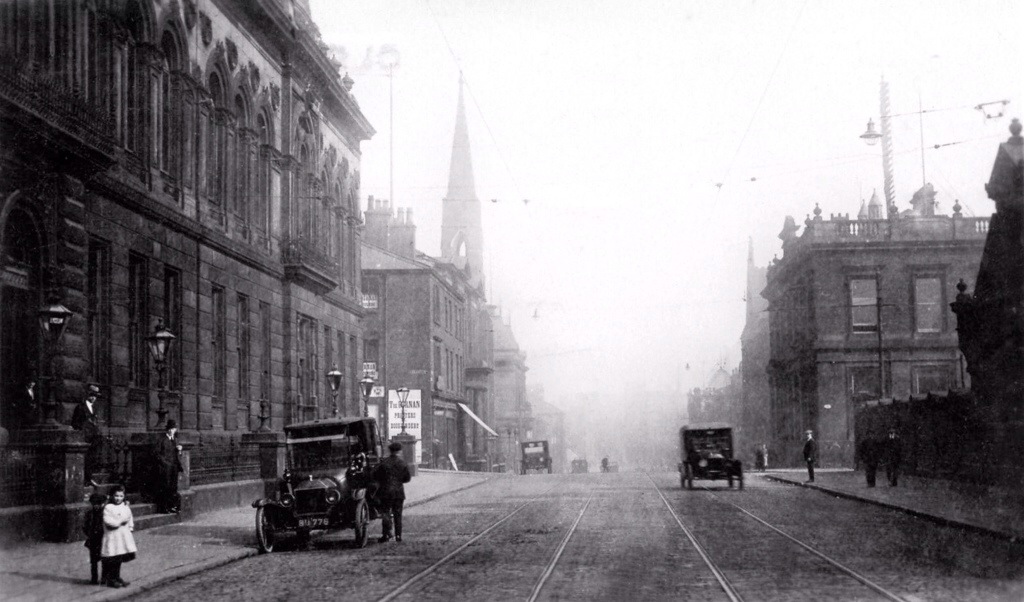 A new exhibition opening in Oldham tomorrow will celebrate the history of Union Street.

The street was first laid out in the early 1800s as an unpaved dirt road through fields on the edge of town.

This quiet country lane was intended as a by-pass for horse-drawn carriages that wanted to avoid the existing steep and narrow route through Oldham town centre.

As Oldham grew in wealth and importance so did Union Street and the road became the site for many Victorian public buildings such as the town’s first swimming baths, its first library and purpose built post office.

Using objects and paintings from Gallery Oldham’s collections this exhibition charts the buildings and people that have shaped the street over the years.

From the original doors of the Odeon Cinema, to a WWI roll of honour recording the sacrifices of employees from the Prudential’s offices there’s a wealth of material to explore.

Oldham School of Art was based on the street for many years and you can see a selection of works by several artists who learnt their trade here, most notably William Stott and Brian Clarke.

Councillor Jean Stretton, Oldham Council’s Cabinet Member for Town Centres, Culture and Tourism, said: “From humble beginnings Union Street has grown into one of the most important areas in the borough – today it is home to dozens of businesses and the new Metrolink stops bring thousands of people into the town centre every day.

“This exhibition charts that journey and I’m sure it will bring back quite a few memories for residents.”

As well as offering a family friendly trail the exhibition will encourage visitors to share their memories of Union Street. So whether you once worked in the old post office, saw your first film at one of the street’s many cinemas, learnt to swim in the town’s first public baths or had your first pint over the road at the Bath Hotel, we’d love to hear your stories.

The exhibition opens on June 28 and will run until January, 31 next year.

As part of the nationwide Heritage Open Days event Sean Baggaley, the exhibition’s curator, will lead two free guided walks along Union Street. Join him at 12 noon or 6pm on September 11.

Ordsall War Memorial to return to its former home

Lowry painting of Clitheroe up for sale at Bonham’s