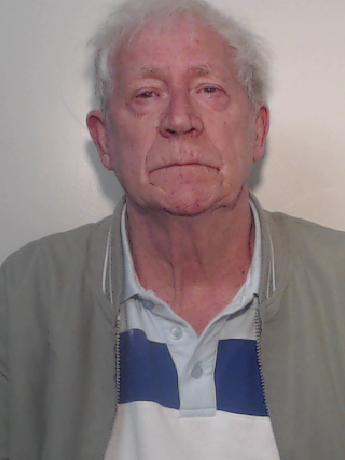 Gary Strickland of Harington Close, Urmston, was sentenced at Manchester Minshull Street Crown Court on Monday 5 June to five years and one month in prison after pleading guilty to two counts of child abduction, two counts of taking an indecent image of a child and facilitating or arranging the commission of a child sex offence.

The court heard that on 18 December 2015, police received a report of concerns for a 14-year-old girl who was found at Strickland’s house, where he was served with an abduction notice for his behaviour.

When the girl was reported missing a year later in July 2016, police found her at the 74-year-old’s house.

Officers were understandably concerned and found that Strickland had sent a number of messages to the victim between 1 July and 1 October 2016. The messages from Strickland were persistent, asking the girl to visit him at his address and using highly sexualised language.

The girl told officers that she knew Strickland from another girl, aged 12. The 74-year-old would pick both of them up in his car and offer them alcohol and cigarettes. He would then ask them to behave inappropriately with each other, and take indecent photographs of them.

Strickland was arrested on suspicion of two counts of sexual activity with a child and later pleaded guilty.

Detective Constable Scott Britton, of GMP’s Trafford Phoenix Sexual Exploitation Team, said: “Strickland manipulated these young girls in a horrific way that will never leave them, I can’t even begin to imagine how they must have felt.

“He befriended them and spent months building their trust in order to get these young girls, to behave in a way that he wanted, despite knowing how wrong it was.

“I hope today’s sentence demonstrates our continued commitment to seeking out and getting justice for victims of child sexual exploitation.”

Woman robbed at knifepoint in Oldham