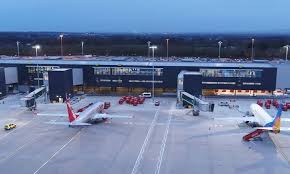 The Mayor of Greater Manchester Andy Burnham has said that 25,000 jobs at Manchester Airport with a further 45,000 at risk in associated industries.

Writing in the Sunday Telegraph the Mayor says that PM and Chancellor have left some glaring gaps in support and one of the biggest is airports and aviation.

“The case for supporting the sector is strong. Operations may have been temporarily halted by Covid-19 but there is no question of viability once a vaccine is found. And, when that time comes, we will need them to be ready to spring immediately back into life. Regional airports support hundreds of thousands of jobs beyond those employed directly on site. They bring in the visitors and investors on which so many other jobs depend. We will need them to be the engines of our recovery from this crisis. But, as things stand, they will struggle to start up.”

He added that the deeper they go into this crisis without support, the greater the damage they are sustaining and the longer it will take for them to recover.

“The impact is already being felt in communities like Wythenshawe where a significant percentage of local people depend on Manchester Airport for their employment. If the neglect of aviation continues, we could see communities like this suffer the same impact as those who saw heavy industry closed in the 1980s.”