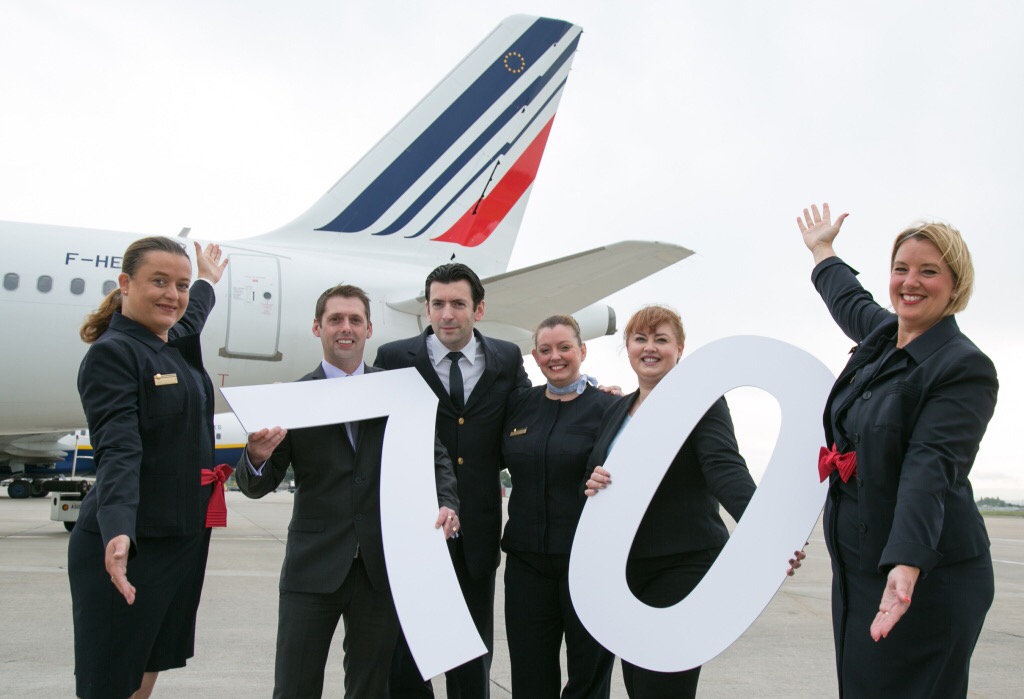 This morning Air France celebrated its seventieth anniversary at Manchester Airport. For the occasion, members of the Air France and Manchester Airport teams took part in a photo call in front of the Airbus 320 aircraft.
Having started with a single service in June 1946, Air France is now Manchester Airports’ longest continuous serving intercontinental carrier. The French carrier commenced services to Le Bourget Airport just outside Paris 70 years ago this month with a DC3 aircraft.

Out of Manchester, Air France currently offers over 40 weekly flights and 7 daily flights to Paris. The route provides an efficient direct service to Paris as well as easy onward connections to an extensive worldwide network of over 150 destinations.

“Air France is delighted to celebrate 70 years of successful services between Manchester Airport and Paris-Charles de Gaulle Air France hub. As the longest-standing overseas airline we take pride in the successful operations at Manchester Airport. Serving the Manchester community maintains Air France’s strong competitive position in the UK. Thanks to our services, local businesses can trade globally but it also helps the North West region with incoming tourism. Air France looks forward to celebrating more anniversaries in Manchester and its wider region in the future”

“Air France is the airport’s longest continuous serving customer and I’d like to congratulate them on this outstanding achievement. For 70 years they have provided our customers with a fantastic service to Paris and beyond and we hope they celebrate many more milestones with us as Manchester Airport continues to grow.”