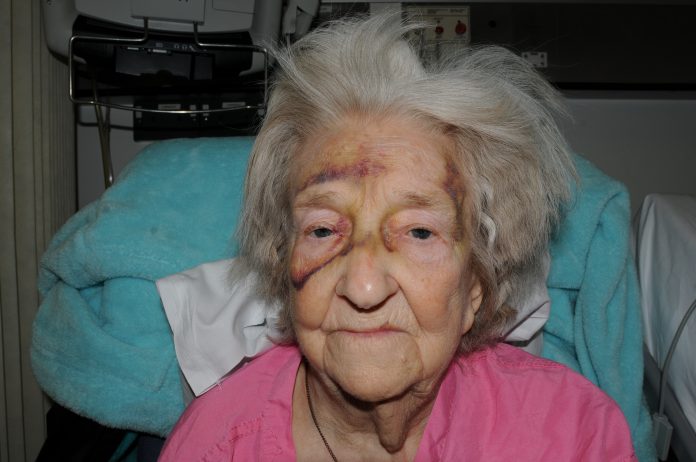 Detectives are offering a £50,000 reward for information after an elderly woman died following a violent robbery where her wedding ring was snatched from her finger in Stretford earlier this year.

Eileen Blane, 87, was in her home on Castleton Avenue, Stretford at about 3pm on Friday 3 February 2017 when a man forced his way into the house.He knocked her to the floor and hit her with an unknown object while demanding cash and jewellery.He then forcibly stole her wedding ring from her finger.

While he ransacked upstairs she bravely managed to escape and alerted her neighbours.

She was treated by paramedics on the night for bruises over her face and head but was taken to hospital the following Tuesday  after her health deteriorated and was found to have sustained a number of broken ribs and internal injuries. 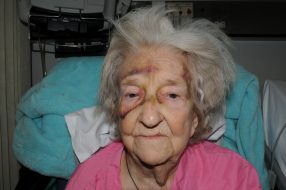 Eileen was discharged from hospital to continue her recovery at home but never returned to full health. Prior to the attack she was an active woman however the incident left her bedridden.

On Saturday 1 April 2017 Eileen was sadly found dead at her home address.

Nobody has been arrested in connection with the robbery; however police are now offering a £50,000 reward for anyone with information that leads to the successful conviction of the offender.

The offender is described as white, about 5ft 8ins, of slim build and was wearing a dark coloured jacket with the hood covering his face.

Detective Chief Inspector Richard Eales of GMP’s Major Incident Team said: “This was a disgusting attack on an elderly woman in her own home which left her with serious injuries that we believe ultimately lead to her death and as a result we have now launched a murder investigation.

“Eileen’s family have been left devastated by her death and are desperate to see the person responsible brought to justice. It is heart wrenching to see the impact such a senseless act has had on them and we have been providing them with support from specially trained officers.

“We are keen to speak to anyone who can help us in our efforts to find the man responsible and bring some closure to Eileen’s family. There is currently a £50,000 reward on offer to anyone with information that leads to the successful conviction of this man.

“It’s possible that the offender may have told somebody about the robbery or even approached local businesses in an attempt to sell Eileen’s stolen items.

“If you run a local business and are aware of a suspicious man attempting to pawn off a wedding ring or women’s jewellery around the date of the robbery, it is possible that you may hold key information which could assist our enquiries.

“If you have any information, no matter how big or small you think it may be, I would urge you to please contact police immediately.”