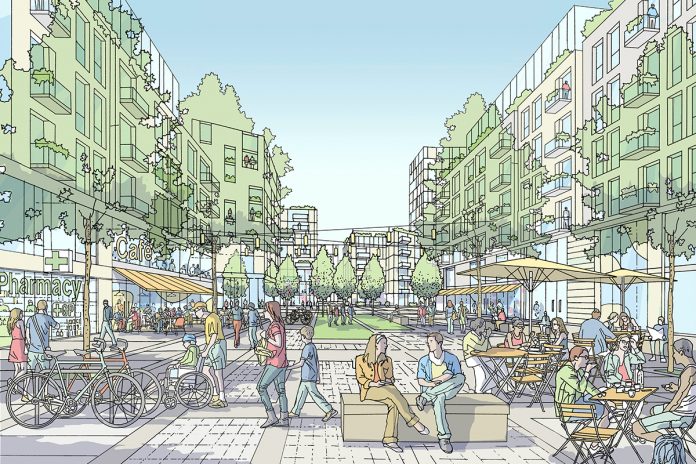 Plans for Manchester’s Northern Gateway will be launched via consultation in a collaborative proposal by Manchester City Council and its development partner Far East Consortium (FEC).

Plans relate to a 155 hectare site stretching from Victoria Station in Manchester City Centre as far as Queen’s Park in the north-east of the city. The major regeneration scheme is estimated to provide 15,000 homes over the next twenty years.

Amongst the proposals is the formation of seven new neighbourhoods with a series of inter-connected public squares linked by green spaces that will “transform” the northern region of the city according to FEC and Manchester City Council.

Architecture practice Farrells have drafted a project masterplan as part of the council’s strategic regeneration framework. Hong Kong-based FEC was chosen as the lead developer for the scheme in April 2017.

FEC project director, Tom Fenton, said the proposals were a once in a generation chance to reshape an underdeveloped area of the city: “We share the council’s desire to inform and involve as many people as possible and would encourage those who live and work in the areas involved to make their views known by joining us at the public consultation events.”

This appeal for a wide collective discussion was echoed by Suzanne Richards, executive member for housing and regeneration at Manchester City Council: “It is vital that local residents are central to shaping the vision for the area. That is why we want to ensure Manchester people are brought into the conversation at this early stage, to get feedback from the people who live in the area and the city.”

Although the scheme boats 15,000 new homes, it is understood that only 20% will be designated as ‘affordable housing’. The exact occupancy type of the homes has yet to be announced.

The consultation closes on 1 October.

Bury based Zappify expands its team and product range