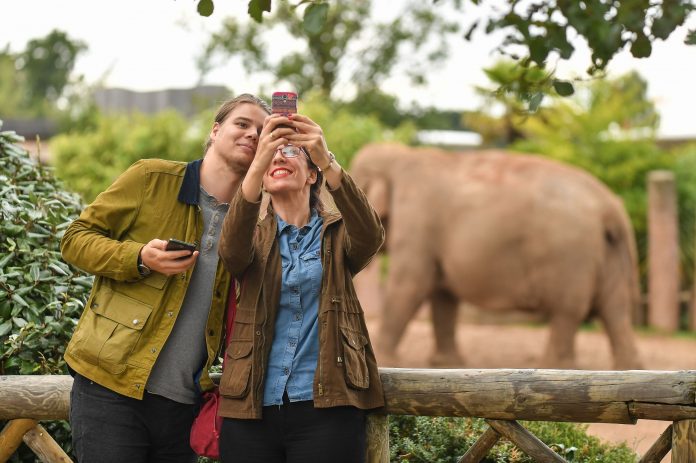 More than 224,000 people visited Chester Zoo last month – the busiest May on record for the 87-year-old attraction.

The historic month has been attributed to a ‘perfect storm’ of great weather combined with the launch of new animal habitats in the zoo’s South East Asian Islands zone; a major Wild Worlds garden festival; a host of important rare animal births and the publicity from its hit TV show, The Secret Life of The Zoo.

Importantly, the zoo also believes that public support and understanding of wildlife conservation is at an all-time high.

Now the conservation charity has issued a public thank you to visitors for their continued support. All proceeds from ticket sales are helping to fund endangered species breeding projects in Chester and vital field programmes preventing extinction around the world – where conservation teams are fighting against issues such as the illegal wildlife trade, human wildlife conflict and habitat loss.

“The zoo was first opened in 1931 and never before have we recorded such high visitor numbers in May. The previous record was 191,000 in 2016, so to welcome almost a quarter of a million people this year is remarkable.

“The zoo has grown over the years. We’re now a 125 acre site, home to 21,000 animals, so we feel comfortable welcoming such large numbers of people – and we know that offering a magical experience for our guests is crucial. Yet we also know that world class animal welfare and our vital conservation work are the underlying factors inspiring people to visit.

“So, we’d like to publicly thank each and every person who has walked through our gates. As global charity fighting to protect species worldwide, we cannot achieve success without public support. Across the world right now, wildlife is under threat. Conservation is critical and urgent. But together, we are preventing extinction.”

The birth of an endangered Asian elephant calf and a rare greater one-horned-rhino were notable successes of the zoo’s conservation breeding programmes in May.

New arrivals at the zoo included four Pallas’s cats – also known as ‘the world’s fluffiest cat’ – and a little known species called a tree kangaroo which has moved into a specially designed habitat in the South East Asian Islands zone.

At the end of May the zoo launched its summer long garden’s festival, Wild Worlds, which highlights the science behind rare botanics conservation through nine outdoor art installations and a packed event programme.

Additionally, series five of The Secret Life of the Zoo, Channel 4’s successful observational documentary, aired throughout May.