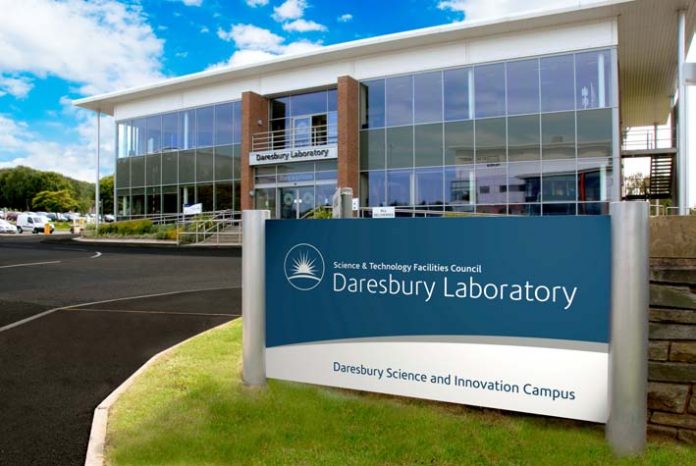 Technology at the heart of the Large Hadron Collider is being developed in the North West to treat cancer.

A new proton therapy assembly and test facility will be built at the Science and Technology Facilities Council’s (STFC) Daresbury Laboratory in a collaboration with British firm Advanced Oncotherapy.

The treatment produces fewer side effects than conventional radiotherapy. It uses beams of protons – part of the atom – to precisely target cancerous tumours while limiting damage to surrounding organs or tissue. Offering higher disease-free survival rates, proton therapy is most often used to treat brain tumours in young children whose organs and tissues are still developing, or cancers adjacent to critical part of the body (liver, lung, head and neck, prostate, breast).

The company said the Lab, at the Sci-Tech Daresbury Campus in the Liverpool City Region, will become the mass-assembly and testing location for the next generation of proton particle accelerator. It said its ‘LIGHT’ system is expected to be the first commercially available linear proton accelerator and would be a milestone advancement in cancer therapy.

UK Science Minister Sam Gyimah said: “Almost all of us have been affected by cancer in some way, whether that’s receiving treatment ourselves or through people we know who have battled the disease. Today’s investment will help develop the next generation of treatments and could take us one step closer to finding a cure, making a huge difference to millions of peoples’ lives.

“The UK remains a leading destination for science, research and innovation and has been home to many of the world’s greatest medical discoveries and development of treatments. Through the Government’s modern Industrial Strategy and Life Sciences Sector Deal, we are encouraging collaboration between industry, academia and business to ensure the UK remains at the forefront of the latest technologies and developments – building a Britain fit for the future.”

Professor Susan Smith, Head of STFC’s Daresbury Laboratory, said the decision was recognition of the Laboratory’s world leading skills and experience in the field of particle accelerators. “At STFC we are committed to developing accelerator technology and expertise to address the world’s key challenges, as well as to help businesses innovate to the benefit of our society and our economy,” Professor Smith said.

Particle accelerators are the heart of the Large Hadron Collider at CERN, where scientists confirmed the existence of the Higgs Boson in 2012. The work of STFC, as part of UK Research and Innovation, supports the UK’s Industrial Strategy and contributes to the UK continuing to be a leading global destination for science and innovation.

mytaxi celebrates one year in Manchester

New era for stephenson STUDIO as Hamilton and Risley step up to take the...

Optimism for the North West following a number of major infrastructure pledges according to...