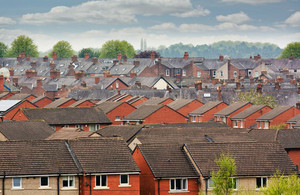 Rogue landlords have been put on notice as government has announced a raft of new measures to crack down on bad practices, stamp out overcrowding and improve standards for those renting in the private sector.

Housing Minister Alok Sharma has set out how landlords renting properties in England occupied by 5 or more people, from 2 or more separate households will need to be licensed.

The move, affecting around 160,000 houses, will mean councils can take further action to crack down on unscrupulous landlords renting sub-standard and overcrowded homes.

Government has also set out details of criminal offences which will automatically ban someone from being a landlord.

From April next year, someone convicted of offences such as burglary and stalking can be added to the database of rogue landlords and be barred from renting properties.

These latest measures build on government action to date to drive up safety and standards in the private rented sector says the government.

This includes bringing in fines of up to £30,000 for dodgy landlords, protections for tenants from revenge evictions and £12 million funding for councils to take enforcement action in hotspot areas.

Every tenant has a right to a safe, secure and decent home. But far too many are being exploited by unscrupulous landlords who profit from providing overcrowded, squalid and sometimes dangerous homes.

Enough is enough and so I’m putting these rogue landlords on notice – shape up or ship out of the rental business.

Through a raft of new powers we are giving councils the further tools they need to crack down these rogue landlords and kick them out of the business for good.

The move will also benefit wider communities fed up with living near shoddily maintained properties without proper bins, dumped rubbish and anti social behaviour. Landlords will be held responsible for making sure the council’s rules on refuse and recycling are followed.