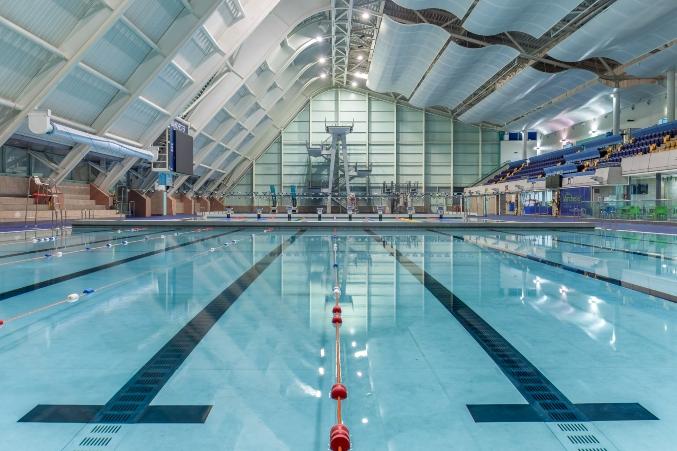 After two decades of intensive use Manchester’s Aquatic Centre is in need of repairs.

A number of mechanical and electrical failures are starting to occur as parts of the building’s fabric begin to reach the end of their natural lifespans. Without significant investment, say the council,this would result in an increasing number of unplanned closures, cause the withdrawal of some services and make permanent closure of the flagship facility a serious threat.

Detailed survey and investigation works over the past year has established that it will cost almost £31m to address these issues, refurbish the building and incorporate green technologies. Councillors are being asked to back a plan to invest in these improvements.

The Aquatic Centre was built in 1999 and opened in 2000, playing a key role in the 2002 Commonwealth Games. It has since gone on to welcome more than 10 million users (more than 500,000 a year) – making it one of the busiest swimming centres in the country.

Its role in Manchester is so significant that it meets the equivalent demand of six community swimming pools.

The centre runs at a profit, generating revenue which has been reinvested in supporting leisure facilities for Manchester people and having an overall economic impact for the city of more than £4m a year.

Since hosting events the 2002 Commonwealth Games, it has hosted high profile events such as The Duel In The Pool in 2009 and an array of British and international championships. In 2019 alone it welcomed almost 19,000 competitors and spectators. In 2023 it is due to host the World Paralympic Swimming Championship.

The pool treatment plan and pool lighting both need replacing, as do the moveable floors. Heating and electrical systems must be upgraded, lifts require refurbishing and the spa facility also needs to be replaced.

Factors contributing to the need to act now include the sheer volume of use of the building, the climate in the pool hall which has caused corrosion, and the fact that the ‘life expectancy’ of some of the innovative technologies used when the Aquatic Centre was unknown at the time.

It is also envisaged that underused parts of the building will be repurposed to improve health and fitness facilities and further increase opportunities to generate income.

Councillor Luthfur Rahman, Executive Member for Culture and Leisure, said: “This one-off investment will ensure that Manchester Aquatic Centre maintains its place as one of the leading aquatics venues in the UK for the next 20 years and more.

“This flagship facility is somewhere that everyone from beginners and school classes to Olympians and Paralympians can benefit from.

“Leisure has a crucial role to play in Manchester’s recovery from the social, health and economic impacts of the Covid-19 pandemic.