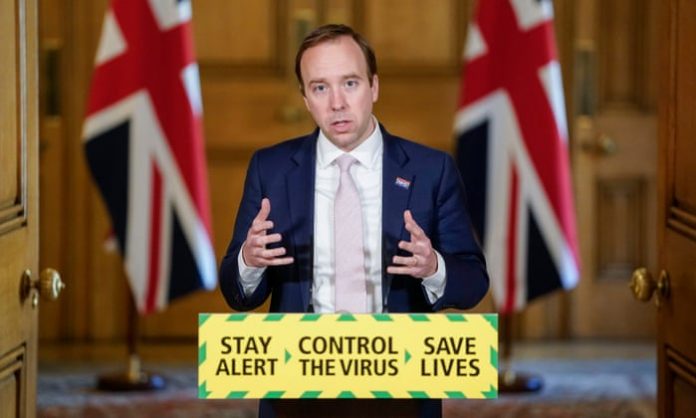 Health and care staff coming from abroad will be exempted from the health surcharge, a £400 fee levied on non-EU migrants to pay for the NHS.

The about turn follows sustained pressure from senior Conservatives and the opposition.

A No. 10 spokesman said the prime minister had asked the Home Office and the Department of Health and Social Care to remove the fee “as soon as possible.”

The exemption will cover “all NHS workers, ranging from medical health staff including vital porters and cleaners” and all independent health workers and social care workers.

At the Downing Street Daily Press Conference, The Health Secretary Matt Hancock announced they are trialing new coronavirus tests which return a result in just 20 minutes.

The antigen tests will be tried on up to 4,000 people in Accident and Emergency departments, GP testing hubs and care homes.

If the pilot succeeds it will become the standard way to test for the virus, with millions of people offered the tests from July.

“We’ve signed contracts to supply in the coming months over 10 million tests from Roche and Abbott. From next week we will begin rolling these out in a phased way, at first to health and care staff, patients and residents.

The UK government has arranged supplies of these tests on behalf of the devolved administrations and each devolved nation is deciding how to use its test allocation and how testing will be prioritised and managed locally.

This is an important milestone and it represents further progress in our national testing programme.

The Health Secretary also said that says we have now brought the R level down and we are moving towards Level 3 of the Covid Alert System.

Members of the public told to self-isolate if they experience a lost of taste...