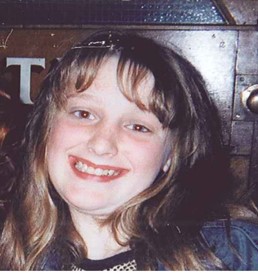 Blackpool teenager Charlene Downes disappeared 17 years ago and has not been seen since – today Lancashire detectives have vowed never to give up in the search for the truth as to what happened to her.

Charlene went missing on the night of Saturday 1 November 2003.  She was 14 years old, a child and she was very vulnerable.

Detective Chief Superintendent Andy Webster who has been leading the case for the last 7 years said, “We have never given up trying to work out Charlene’s last movements from when she was last seen in alley off Abingdon Street.  People are older now, 17 years on and we are still asking whether anyone can tell us about who Charlene used to hang about with, where she used to go, or places she would visit.

“I still believe that there are people who know more about what happened to Charlene in 2003.  They might have been struggling to tell us what they have known for years.  I am not naïve, I know that for some people it is never easy to talk to the Police, but they may just have something very important to tell us.”

“No matter how little you think the information you have is, please share it with us.  It may be a piece of the jigsaw that we are missing; by coming forward and telling us what you know can only help us.  You may hold information that is crucial to finding out what happened to Charlene.”

“So I appeal to anyone who was a visitor to the alleyway around November 2003, for whatever purpose, to contact us.  This Alleyway is entered from Abingdon St and services the rear of business premises on Talbot Rd and Clifton St.”

The investigation is one of the largest and longest running in the history of Lancashire Constabulary.  A reward of £100,000 remains on offer for anyone with information that leads to the prosecution of her killer or assists in the recovery of Charlene.

A 55-year-old man was arrested on suspicion of the murder of Blackpool teenager in August 2017 and remains under investigation pending further enquiries.

More survivors of historical sexual abuse have been identified as a result of this wide-ranging investigation and Lancashire Police will continue to act on any new information that comes to light.

Despite the passage of time, I would also ask anyone who is a survivor of child sexual abuse to come forward and contact us.