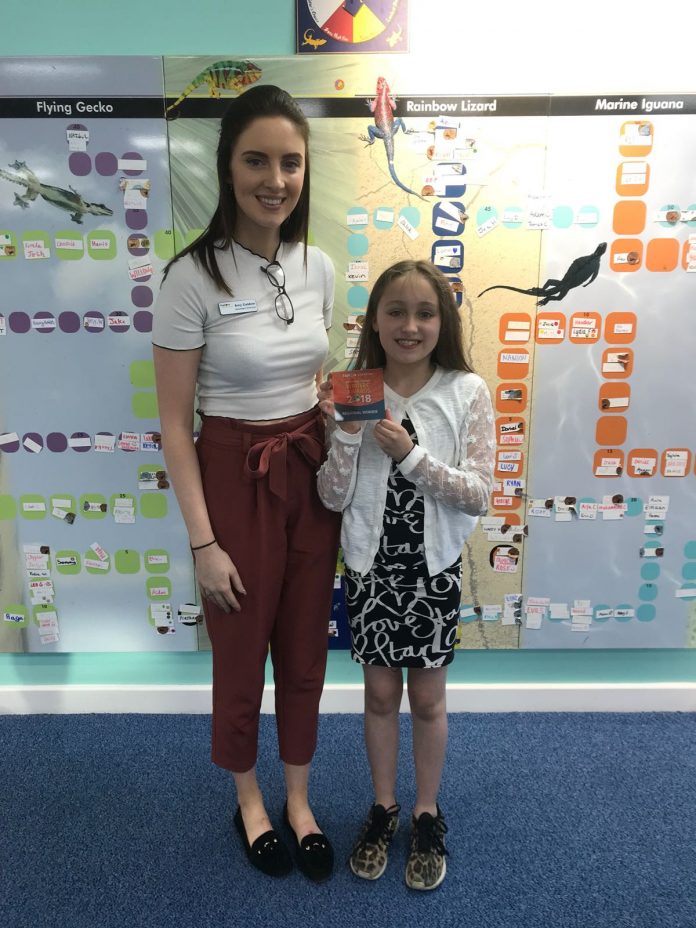 A 11 year old from Alexandra Park has been named a regional winner in the National Young Writers’ Award! Katie Collins’s story, called ‘Mandi’ was a story based on this year’s theme ‘heroes’.

The competition, which has been running for the past three months, invited children from across the UK to write a 500-word story about ‘heroes’ – whether that’s their parents, a policeman or their idol! Organised by tuition provider, Explore Learning which has a centre in Cheadle Hulme the competition is now in its tenth year and this year’s judge was world renowned best-selling children’s author David Walliams! A record breaking 39,000 children from all over the UK entered in an effort to win a trip to Disneyland Paris and £500 worth of books for their school!

There could be more good news to come as judges are still shortlisting the entries! The top ten national runners up will be announced on Monday 11th June while the national winner will be crowned on the Monday 18th June with a surprise visit from David Walliams to their school!

Every child that enters will receive a certificate to celebrate their story, along with personalised feedback from one of Explore Learning’s inspirational tutors.

David Walliams says: “I was overwhelmed by the quality and creativity of the stories I was reading and was so impressed that this broad range of exciting ideas have come from such young writers. Each piece of writing drew me in and kept me captivated by clever and observant story lines and engaging characters. We definitely have some future star authors here.”

Explore Learning provides English and maths tuition to children aged four to 14, with 139 centres located across the country. Throughout the competition Explore Learning provided top writing tips from their creative writing team, previous winners, judges and best-selling authors via their website, social media and face to face. They also hosted a collection of free downloadable information on the website that can be used at home or in the classroom as well as running free workshops with local libraries, schools and community groups to inspire children’s love of writing and support them with their entries.

Charlotte Gater, Head of Curriculum at Explore Learning says: “This year’s National Young Writers’ Awards attracted a record number of entries so Katie Collins should be very proud of their success. We were blown away by the number of children who were inspired to write heroic tales. It is amazing to have David pick our winning entry this year and clearly inspire so many children to put pen to paper. Well done to everyone who entered who has set the bar so high for next year!”

Poorer pupils most likely to be away from school at the end of 2020,...