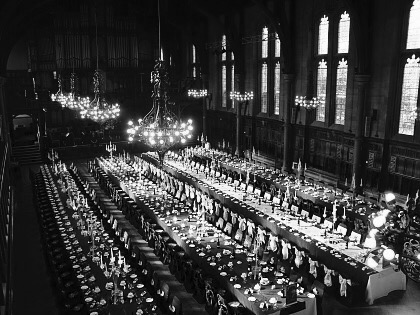 The Manchester Guardian gave a record of the deeds of the First Manchester regiment fighting at Givenchy against what were overwhelming odds.

After thirty hours fighting the Manchester’s retired but their work had saved what was becoming a very serious situation.

The regiment had been stationed in India at the outbreak of war reaching the front on the 23rd October and fought in the trenches until the 20th Dec.

Their casualties had been heavy, five officers and three hundred men but the regiment had succeeded in holding their position

Manchester’s coroners court heard the case of thirty year old Alice Connor of Bradford in East Manchester, who accidentally consumed carbolic acid after her twelve year dragster who had bought some bottles of beer hid a bottle after telling her mother that she had drink enough.

The court heard that the following morning the mother asked for the third bottle and the child retrieved it thinking it was the third bottle of beer only to be weakened by her mother called out that she had been poisoned-the jury returned a verdict of death by misadventure.

The Evening News pictured the band of the 8th Ardwick battalion photographed in the public gardens of Limassol in Cyprus.

The same paper reminded readers of an article it published in June 1913 referring to the 25th anniversary of the Kaisers accession to the German throne.

“That this has happened beneath the fertilizing Rays of the son of peace the strength of which has victoriously dissipated every cloud that has appeared above the horizon makes me especially happy.A wish of my heart has therefore been fulfilled.

What a change said the paper

It was founders day at Manchester High School for Girls, celebrated at the Whitworth hall. After the usual impressive service Professor Tout, who presided told the audience that they met under circumstances of national stress that the oldest of them had not seen before.

The war, he feared would go on a long time until what soldiers called a decision was reached and that though hundreds of thousand s of men had been killed and mutilated, they could not yet see that a decision had been arrived out.

A daring robbery of a mailbag took place on the Manchester to London Express. The bag was taken from the train at Wimslow but the robbery was not discovered until Stafford when an empty bag was found hanging from the outside of the coach having been relieved of its contents.
A passenger was arrested when the train arrived at Euston.