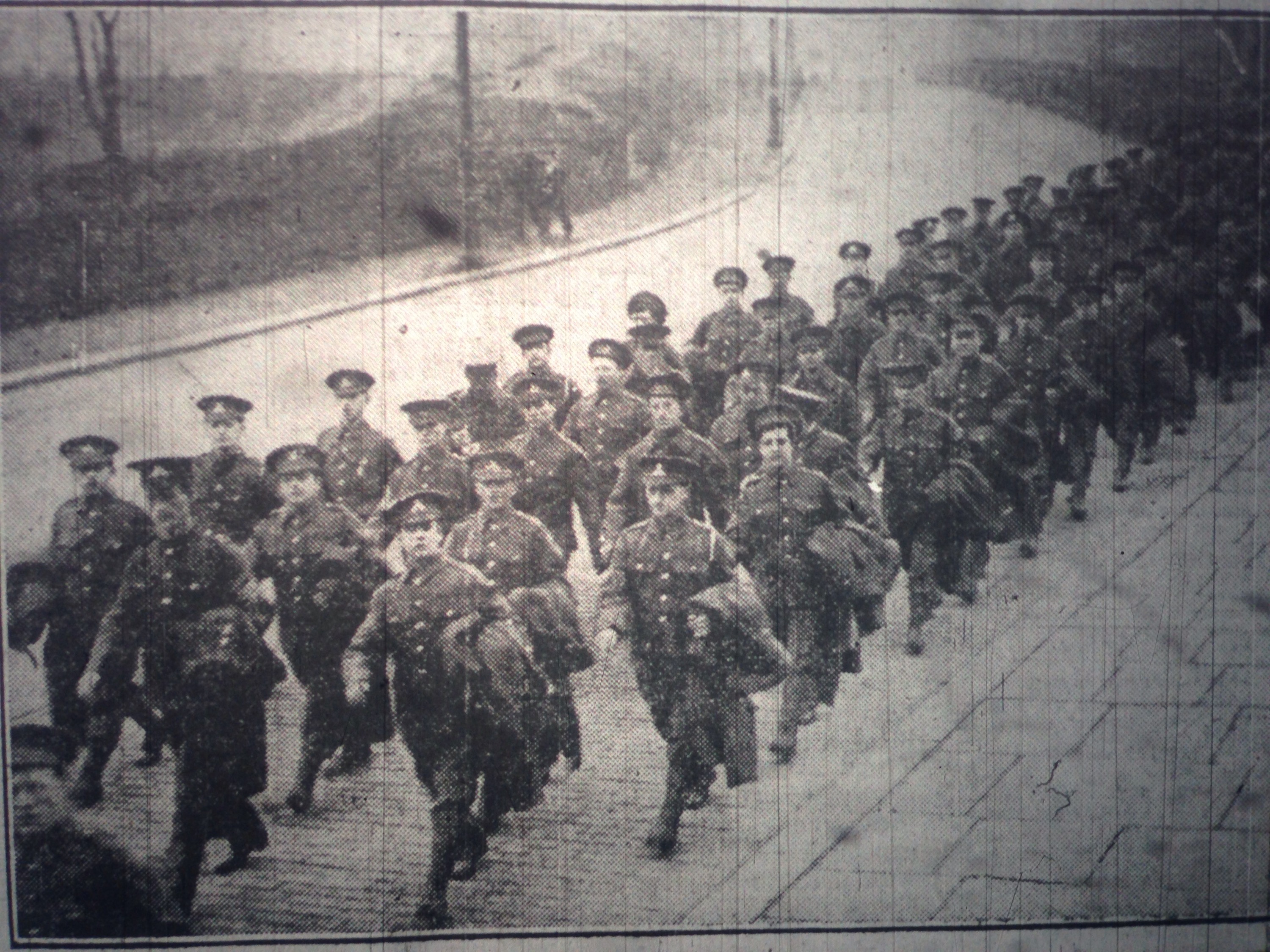 The Chief Constable of Manchester issued a statement about the amount of drunkenness in the city at a meeting. He did not think that it was desirable to impose restrictions and pointed out that convictions were actually down on the previous year.

In fact, since the war had broken out, there had been a month on month decline and in his opinion drunkenness and crime in particular had never been so low.

A Salford firm was in court charged with trading with the enemy.

Messrs Ries and Co. of Oxford  Street Mills, who had offices around the world including a head office in Germany had entered into a contract with its German office. It had purchased cotton waste in England and exported it to the United States and to Germany.

Nominations closed for the sixty four seats on the board of the Manchester Guardians. Seats would be contested in eight wards whitest members were returned unopposed in eighteen others.

The contests would take place on the 29th March.

There was a huge fire at a Rochdale Mill overnight.The premises of the Eagle Spinning Co were destroyed after the fire broke out in the Mule room.There were no casualties among the workforce but the chief constable of Rochdale  was injured when a wall collapsed.

It was the annual meeting of Ancoats hospital where members heard of the pressure on beds in the last twelve months and the urgent necessity for more.The committee also decided to erect four additional consulting rooms.

The body of a women was found in the Irwell near to the Mark Addy bridge.She was between 30-40 years of age , five feet four inches with Brown hair, brown eyes and good teeth.

She was wearing a bracelet and a nine carat gold dress ring.

Verity’s of Oldham Street, the finest window display in Manchester, were advertising the opening of a new department for ladies fashion, displaying the latest in this springs range of clothes whilethe Picture House on Oxford Street was showing a three part drama film, 1914, a love story on the Western Front.

Meanwhile that weekend, there were more appeals  for Manchester volunteers as the Royal Field Artillery band played in Albert Square.

The Manchester Chamber of Commerce urged its members to look closely at whether men in their service could be spared.

It was announced that the cricketer, AC Maclaren would be coming to the city to recruit skilled men for mechanical transport work at an event to be held at Houldsworth Hall on Deansgate.