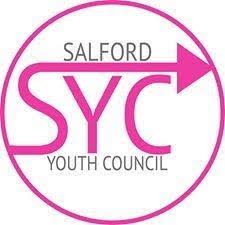 Representatives from high schools in Salford will come together this Friday (February 28) to learn about knife crime – and it’s all thanks to young people from the city.

Salford’s Youth Council has organised the half day conference after young people raised knife crime as a concern.

Representatives from Greater Manchester Police, will be taking part along with former gang member turned youth worker Hezron Brown from Birmingham who won last year’s Pride of Britain award. The Broughton Trust’s anti-knife crime play GetHelp, aimed at pupils in years 10 and 11 to help them understand the risk and consequences of carrying a knife will also be performed.

Rose, who attends St Patrick’s RC High School, said: “Knife crime is one of the top issues for young people in Salford though we’re no worse than anywhere else. It’s only a minority of young people who are involved and we want to focus on those who don’t get involved.”

Jude, a pupil at Swinton High school, added: “We’re putting on workshops about the effects of knife crime on yourself, your family, people around you and the legal side of it, an emergency first aid session and we’ve invited Hezron Brown to speak about his regrets about getting involved with gangs. We’re really proud of what we’ve done.”

Youth Council members have also put together a pack of information for young delegates and their teachers to take back to school so they can share what they have learned in an assembly.

Councillor David Lancaster, lead member for environment and community safety , said: “The Youth Council has done an amazing job in putting this conference together. We are already doing a huge amount of work in schools, through our youth service and through Project Gulf to steer young people away from crime and into more positive life choices but every opportunity to raise the issue is welcome.”

Funding for the conference at Broughton Hub came from a £300,000 package of help from the Deputy Mayor of Greater Manchester, Baroness Beverley Hughes. Salford City Council has used the funds on initiatives to help young people stay safe, improve their school attendance and achievements, reduce the number of school exclusions and cut the number of young people involved in crime and/or in custody. Other initiatives include mentoring and coaching for young people in custody and more trading standards work to ensure businesses are complying with the law on knife sales.

Chief Inspector Ben Ewart, of GMP’s Salford Division, said: “Thanks to continued work with local partners, we are making huge in-roads into reducing the number of knives on the streets of Salford and tackling the causes of knife enabled crime.

“As part of Operation Sycamore – GMP’s response to tackling serious violent crime, with a particular interest in knife crime – officers from the Salford division have been working closely with local schools and youth provision to educate young people on the impact of knife crime and provide intervention opportunities.

“In recent months, we have introduced school engagement police officers into six of the largest high schools across the city. These dedicated officers provide support by dealing with incidents of crime, providing a high visibility police presence and engaging in a range of prevention activities.

“As a force we have recently launched a Forever Knife Amnesty, which sees ten permanent knife amnesty bins deployed at police stations throughout the region, with Salford’s bin located at Swinton Police Station. I would urge the people of Salford to see the forever amnesty as the perfect opportunity to dispose of knives in a completely safe and anonymous way.”