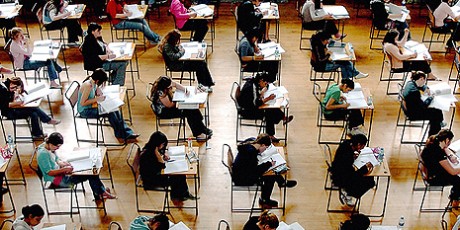 Pupils could miss out on the exam results they deserve this summer as the system for awarding and moderating grades is at risk of inaccuracy and bias against young people from disadvantaged backgrounds, MPs say.

The Education Committee’s report acknowledges the swift response of the exam regulator Ofqual and the Government in rising to the immense challenge of devising alternative arrangements for awarding grades after the cancellation of national exams due to the coronavirus pandemic. Teachers have also done their very best in exceptional circumstances to provide grades for their pupils.

The report finds however that this year’s system raises three significant concerns.

Bias outlining how particular groups, including pupils from low-income backgrounds, black, Asian and minority ethnic (BAME) pupils, and pupils with special educational needs and disabilities (SEND), could be adversely affected.

Ofqual’s standardisation model aims to adjust grades to ensure they are broadly in line with previous years. However, there are concerns about the risks of using historic data, which might not be fair for newer schools, or for improving and turnaround schools which are on an upward trajectory.

Meanwhile the appeals system favours the ‘well-heeled and sharp-elbowed’ who know how to navigate the system. The criteria of bias and discrimination set out by Ofqual will be incredibly hard for individual students to ascertain and to prove. After pressure from the Committee, Ofqual have agreed to a helpline but this does not go far enough to level the playing field.

“The cross-party committee recognises the enormous work clearly undertaken by the Department for Education and Ofqual during the coronavirus pandemic and accepts that no system developed for awarding grades will be perfect.

However, we have serious worries about the fairness of the model developed by Ofqual. There is a risk it will lead to unfair bias and discrimination against already disadvantaged groups and we are far from convinced that the appeal system, which will be more important than ever this year, will be fair. The appeals process seems to favour the well-heeled and sharp-elbowed and there is the potential for the system to resemble the Wild West of appeals with different systems used by different exam boards.

The lack of guaranteed support from the DfE for pupils and students doing autumn exams means there isn’t a level playing field for those students. The absence of a post 16 catch up fund exacerbates these problems.

We urge Ofqual to be fully transparent about their standardisation model and develop a state-of-the-art appeals system that is genuinely fair to all students whatever their background. There is still hope that all young people will get what they’ve earnt but Ofqual and the Government must act now so this generation can go on to flourish in their future work and education.”

Construction company co-develops and co-delivers course for construction students at the College while offering...