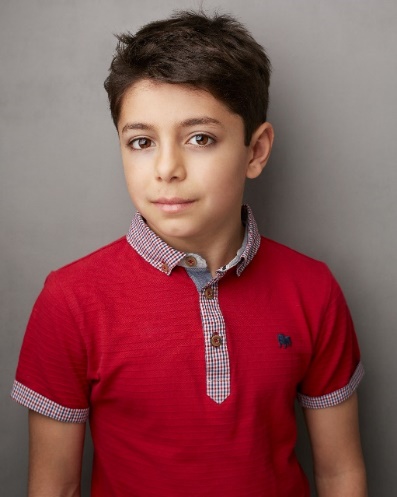 Manchester-based rising star, Isaac Khan, has landed a prime role in the brand-new CBBC show, Lagging, which follows a group of five young computer gamers that are best friends – both online and in real life. This is the 12-year-old actor’s second major screen credit, where he will be portraying the character of Mo in the new series.

Isaac trains at the renowned talent management and television, film and theatre training programme, Stagebox in Manchester and is represented by Stagebox Management. He has been a Stagebox client for three years now, has already landed two major screen credits and is due to start filming for an exciting feature film soon.

Stagebox provides industry memberships for 5–18-year-olds by auditioning each year to find the best talent across the country, with a particular focus on the country’s major cities including Leeds, Manchester, Birmingham and Edinburgh.

Kirsti Bagger, Head Agent at Stagebox said: “We are so proud of Isaac for landing his second major screen role in such a short space of time. We spotted his star potential when he first joined the Manchester Elite team three years ago and he really has gone from strength to strength. This is just the start for Isaac!”

“If you know any youngsters that have a passion for performing, I’d highly encourage them to come down to our next audition tour in Manchester – it could be the first step in a very exciting career!”

Stagebox is currently on the lookout for new undiscovered performers aged 8-18 years and is hosting a series of free auditions across the country this summer.

The first episode of Lagging aired on the 20th July 2021 on CBBC and the entire 10-part series is now available to watch on iPlayer.