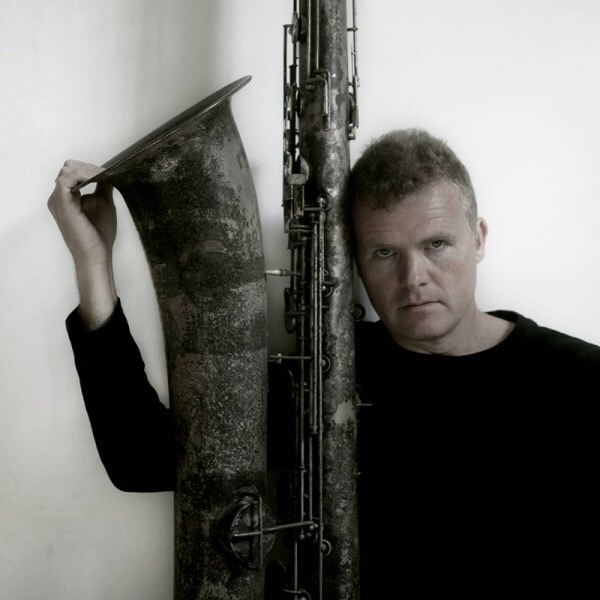 Making its world premiere at the RNCM Theatre on Thursday 6th August is An Ape’s Progress, a new cross-arts collaboration created to celebrate the 20th mjf and the 10th Manchester Literature Festival.
Combining imagery and poetry with narrative and music, An Ape’s Progress is a major new commission which brings together three critically acclaimed artists – Iain Ballamy, Dave McKean and Matthew Sweeney – for a unique, multi-media performance.
Based on Hogarth’s A Rake’s Progress and inspired by his visits to Manchester, An Ape’s Progress is a collection of poems written by Matthew Sweeney and tells the story of ‘The Old Monkey’ who leaves the circus in China for a new life in Manchester.
Set to musical atmospheres by saxophonist and composer Iain Ballamy and imagery by comic book artist and filmmaker Dave McKean, the unique commission sees each artist contributing to each other’s art, as the poems, music and images come together to create a new art form, designed specifically for the festival.
The unique project started when the storyteller Matthew Sweeney visited Manchester to create a collection of poems. The poems were passed onto comic book artist and filmmaker Dave McKean, who, in conjunction to designing the imagery, used the poems as inspiration for song lyrics and musical ideas, which saxophonist and composer Iain Ballamy then took and developed. The result is a mesmerising piece of visual theatre/art, one that is sure to be a highlight of the festival.
An Ape’s Progress is supported by The Foyle Foundation, The Granada Foundation and Arts Council England and is presented in association with Manchester Literature Festival and RNCM.
An Ape’s Progress makes its World Première at the RNCM Theatre on Thursday 6 August at 8pm.

Start up or sober up?