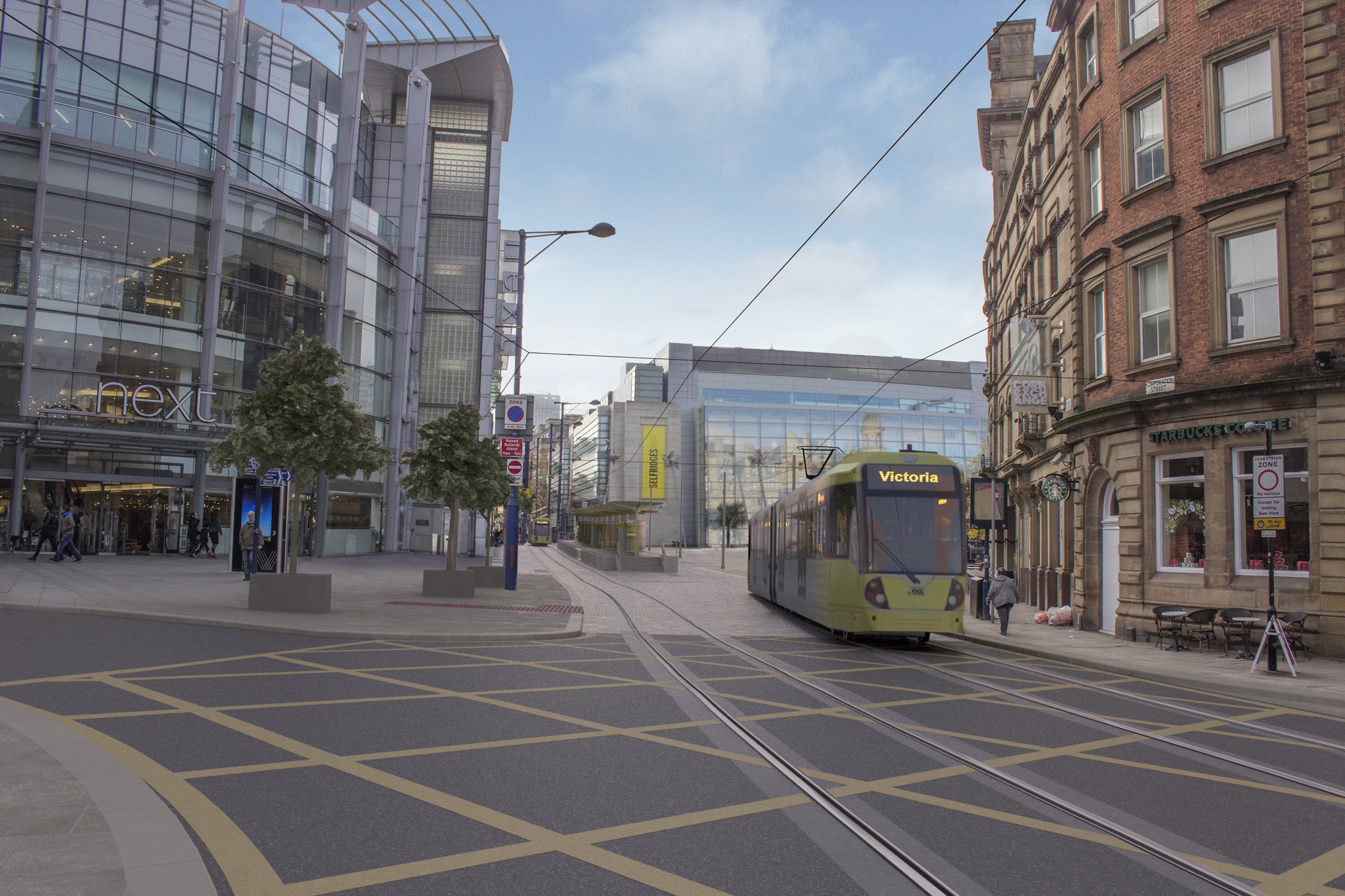 Transport for Greater Manchester (TfGM) has been able to start work on this section of the route faster than expected after securing a £10.8m European Regional Development Fund (ERDF) grant earlier this year.

It means that trams could be running between Victoria and a brand new stop in Exchange Square as early as next winter (2015/16), which will also give Metrolink the ability to run more trams between Shaw And Crompton and the city, ahead of the whole Second City Crossing being completed in 2017.

The Second City Crossing (2CC) programme as a whole is due for completion in 2017.

Work to move pipes and cables away from the path of the new tramway has been under way since the start of the year and will continue along sections of the route for several months.

The full route will begin in Lower Mosley Street and run through St Peter’s Square, turn down Princess Street and head along Cross Street and Corporation Street to the new Exchange Square stop.

It will then run past the National Football Museum and Printworks to arrive at the Metrolink Victoria stop.

Councillor Andrew Fender, Chair of the TfGM Committee, said: “To see the start of construction getting under way so soon into the life of this project is hugely encouraging.

“I am really pleased we’re going to be able to bring the section between Victoria and Exchange Square into service so soon, because it is going to be of huge benefit for businesses in a very popular and busy part of the city centre.

Did you Witness an Armed Robbery in Stockport?