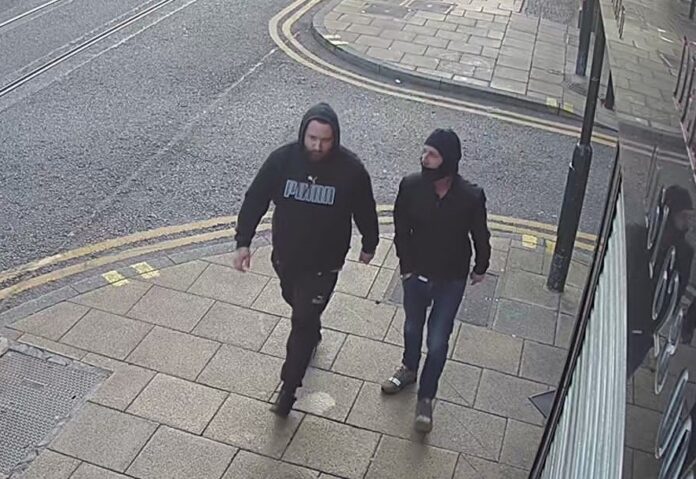 She was walking alone on Ashton Road when she was approached from behind by two males.

One of the men held a knife towards her and demanded money, and then her bag was stolen.

PC Daniel Burton, of GMP’s Oldham district, said: “This happened early in the morning but in broad daylight, so we are sure someone must have witnessed it.

“We would like to speak to two males in the photograph as they may hold vital information.

“We are also asking for any drivers, especially taxi drivers, if they have any dashcam footage form the area at that time.

“If any members of the public have any concerns or information, they should do nothing more than call police or Crimestoppers. In an emergency, always dial 999.