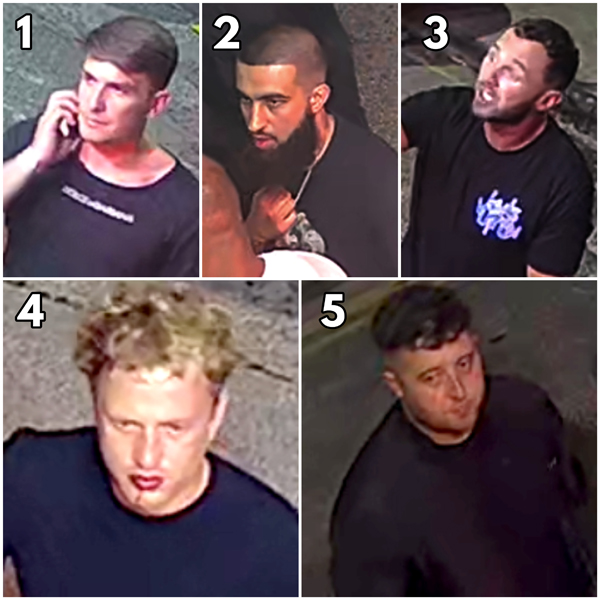 Police have issued a number of CCTV images of five men they would like to speak to following a disturbance at a Manchester nightclub.

One man was treated in hospital for a head injury.

PC Christine McIntosh, of GMP’s City of Manchester district, said: “Fighting occurred inside the premises and continued onto the street where barrier poles were used as weapons.

“We have identified a number of men would like to speak to in connection with the incident.

“We are keen to speak to anyone who may know these men or were in the area at the time.”