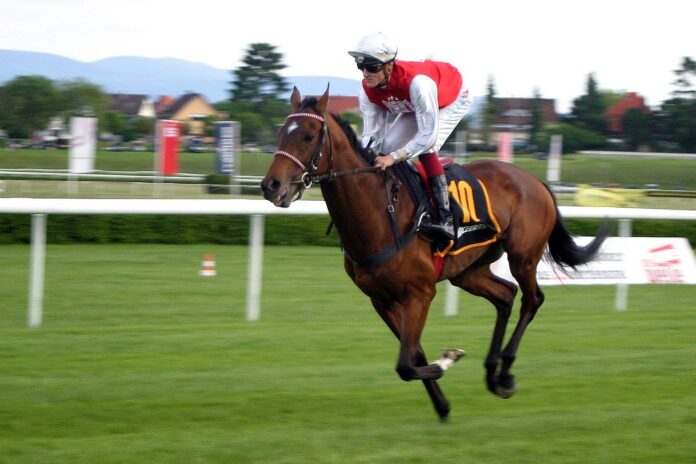 There is no better time to make history than at one of the biggest and most famous horse races around the world. The Grand National at Aintree is scheduled to take place this week and will feature a number of top jockeys, including females such as Rachael Blackmore and Bryony Frost.

However, there is still plenty of history that can be made in the sport, including the eventuality of a female jockey being crowned the winner of the Grand National. That particular record continues to remain up for grabs, although Katie Walsh came close to achieving that honour when she rode Seabass to a third-placed finish in the 2012 Grand National.

Why has there been such a buzz?

Everyone loves an underdog story and one that can create history in the process, which is why there has been a huge buzz around the possibility of a female jockey winning the 2021 Grand National this year.

Indeed, when checking out the bookies free bets Grand National guide for all of your horse betting tips and advice, it is evident that many have looked to jump on the recent showings that Rachael Blackmore, in particular, has had in the last few months over the jumps.

The 31-year-old Irish jockey was named the top jockey at the Cheltenham Festival that took place in March as she managed to win six of the races that she competed in. There were a number of impressive victories, that had also been mixed in with some disappointing rides, although she clearly did not let that faze her.

One of the races she won was the Ryanair Chase when she was aboard Allaho; a race that is considered to be second to the Gold Cup. Unfortunately, she came second in that race when seated on A Plus Tard, but still put on a solid performance, nonetheless.

Naturally, when looking at the form guide over the jumps and fences, Blackmore’s name is one that will certainly stand out more than others, which is why there has been a huge buzz around the possibility that a female jockey might make history and finally win the 2021 Grand National.

Which horses are to be looked out for in the 2021 Grand National?

For those that feel 2021 could be the year that one of the biggest horse races around the world will finally see a female jockey win, then it would be worth keeping an eye out on Minella Times.

Rachael Blackmore has already been confirmed as the jockey for the horse and will pair up with trainer Henry De Bromhead once again as the duo tore the competition at the Cheltenham Festival.

In fact, since the confirmation that she will be riding Minella Times at the Grand National, bookmakers around the country have all slashed their odds massively, with many having shot them into second place, behind Cloth Cap, who is still heavily backed as the favourite to win the race.

Bryony Frost is another female jockey that has experience of winning some rather big races, having also made a name to the wider horse racing world when she became the first woman to win a Grade One race at the Cheltenham Festival in 2019 with Frodon in the Ryanair Chase. She also rode the same horse to victory in the 2020 King George, therefore making her a rather exciting prospect.

Frost has experience of the Grand National, having finished fifth in 2018 when she rode Milansbar, but she will ride the Paul Nicholls-trained Yala Enki in this year’s edition of the world-famous steeplechase.