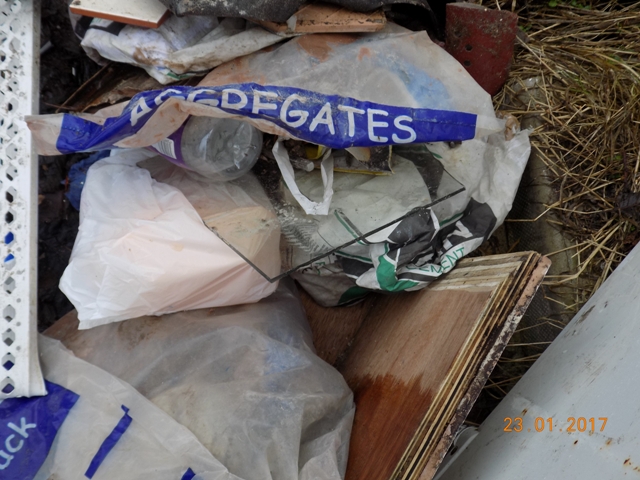 A Wigan builder has apologised for dumping waste on land in a Salford street.

John Paul Oczerklewicz of Wigan Road, Aspull, was caught on CCTV camera dumping a plasterer’s tub containing off cuts of carpet, underlay, general building waste, plastic a jagged piece of glass and other rubbish at Bramley Street in January this year.

His van was traced and when questioned by council officers he apologised and said after they contacted him he had gone back to try and remove the items.

Mr Oczerklewicz, aged who trades as JPO Builders pleaded guilty to one offence of illegally dumping waste contrary to S33(1) and S33(6) of the Environmental Protection Act 1990.

He was fined £350, ordered to pay costs of £250, compensation of £173.65 and a victim surcharge of £35 after appearing at Salford and Manchester magistrates court on Tuesday November 21.

The court heard that Mr  Oczerklewicz told officers he had been driving around in his van after a family row broke out at his partner’s home. He was upset and moved the items to reach a mobile phone underneath them to call his son. After speaking on the phone he dumped the items on the street. . He said the rubbish came from his own house.

He said: “I wasn’t thinking right. I wish I hadn’t done it. I am sorry for wasting peoples’ time.”

Speaking after the case Councillor David Lancaster, lead member for environment and community safety, said: “A moment’s thoughtlessness has cost Mr Oczerklewicz and Salford taxpayers dearly. He now has a criminal record and we have wasted taxpayers money cleaning up the mess he left. It was all totally unnecessary.”

GMP recovers over £5 million from companies using adult entertainment websites as part of...