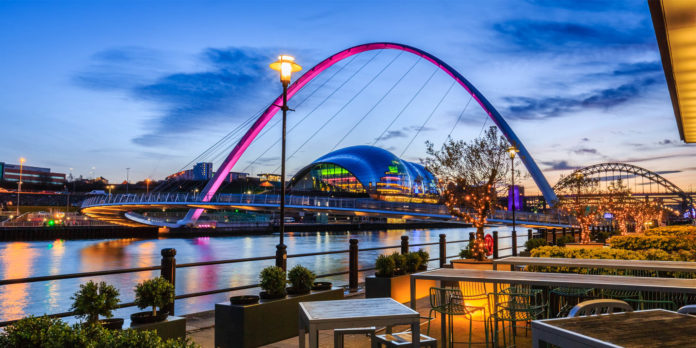 Manchester is now in the North East of England, according to the Essential Travel Guide.

The Manchester based charity Forever Manchester were a little bit perplexed to discover that Manchester is now in the North East of England, according to the Liverpool-based website.

Whilst researching Manchester-related facts for a 2019 planning session, Forever Manchester’s radio and podcast network manager, Terry Snowden MBE spotted the ‘discrepancy’ on the Manchester Quick Facts & Figures page which states ‘The city of Manchester is located in the North East of England approx one hour from Liverpool.’

Terry said “I was slightly bemused really, can you imagine after 59 years of treading the cobbles, the residents of Coronation Street discovering they aren’t actually from round ere’ and that left me wondering if my council tax band is set in Sunderland. But on a slightly more serious note it could be a little confusing for overseas visitors to the UK.”

The Quick Facts & Figures page – which lists Manchester’s local food as: ‘barm cakes, Manchester tart, Eccles cake, fish & chips and a wide choice of world foods’ amongst its Manchester facts – doesn’t mention the Manchester Arena, (one of the world’s busiest indoor arenas), Spinningfields, fashion emporium Afflecks Palace, The Printworks or Ancoats (which was recently named the 13th coolest neighbourhood in the world)!

Terry also points out: “There is also no dedicated page in the guide for Manchester’s neighbouring city, Salford. And as for Media City, well why aye man!”