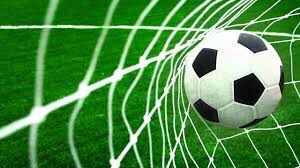 Altrincham took all three points in the bottom of the table clash at Stalybridge, registering their first league win of the season with two late goals at Bower Field.

Right back Sam Patterson scoring in the eighty sixth minute with Greg Wilkinson getting a second four minutes into stoppage time.

Stockport took the points at Edgerley Park against Salford City, in front of a crowd of 3,800, the Hatters came from behind against the team they knocked out of the FA Cup the previous week, substitute Max Cartwright scoring winning goal, after Gary Stopforth had cancelled out an early strike by Richie Wellens.

Curzon Ashton secured their third league win of the season at Nuneaton Town with a Niall Cummins first half goal the difference between the two sides while FC United let go a three goal lead in the Conference North before finally sealing a 4-3 win with eight minutes to go at Broadhurst Park. Goals from Kieren Glynn, Matty Wolfenden and George Thomson had put the Reds three nil up in the first half before the visitors scored twice either side of half time and equalizing before Luke Ashworth saved FCs blushes with eight minutes left.

In the Evo Stik Premier Division Ashton came away with a point from their trip to the Black Country in a two all draw against Halesowen Town, although it took a last minute equaliser from Lee Gaskell after the hosts had squandered a two goal lead.

It was FA Trophy Preliminary Round Day, Trafford were the only local side to progress after a 2-1 win at Colne, an Aaron Burns penalty in the last ten minutes securing Trafford a tie against Bamber Bridge.

Droylsden will take on Lancaster again on Tuesday after their ten men held on for a draw at Lancaster.A Josh Heaton header on the half hour mark equalizing an early goal from the Dolly Blues in a game that saw Bloods debutant Ryan Winder shown a straight red for a stamp on a Lancaster defender.

But both Hyde and Radcliffe’s participation in the competition came to an end, Hyde knocked out by a single strike at Colwyn Bay for whom midfielder Liam Turner on his debut for the club, while Radcliffe lost at home to Farsley Celtic, Alex Davidson putting the visitors ahead on 57minutes, Kpohomouh levelling for Boro two minutes later before Davidson scored a second in a flurry of goals around the sixty minute mark before Lewis Nightingale sealed the win for the Yorkshire side.

Transport for the North and Northern launch smart new season tickets as next step...

East Lancashire Railway on the right track as donations hit £100,000