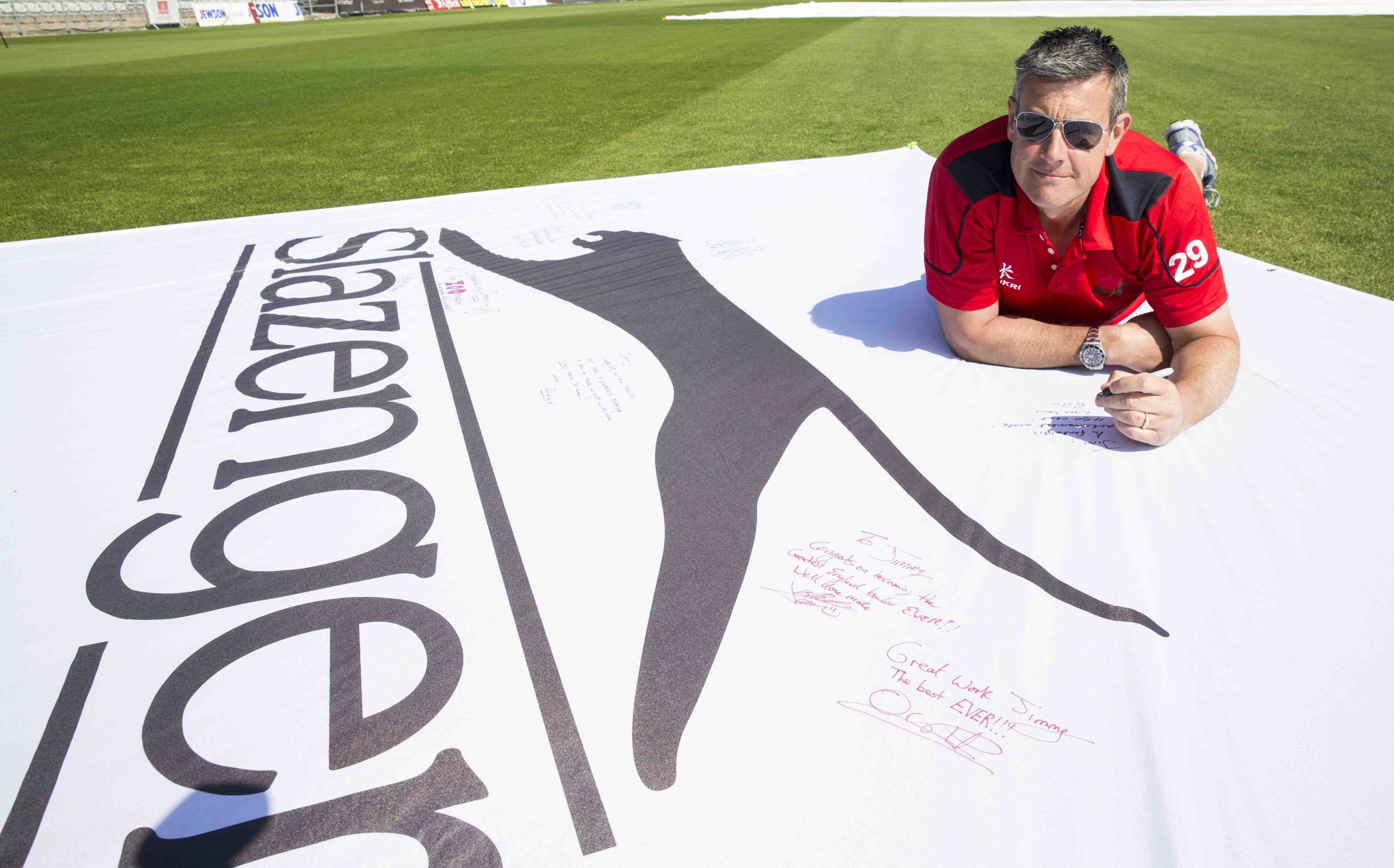 Fans were invited to come to the Great Hall at the Trafford Centre to sign the flag and send their congratulations to England’s greatest ever bowler, who surpassed Sir Ian Botham’s Test wicket record against the West Indies in Antigua last week.

Slazenger, a sponsor of Jimmy Anderson, has commissioned the 14m x 10m flag, which started its tour at Lord’s Cricket Ground on Monday and has made its way around the country throughout the week.

Celebrities and dignitaries have been queuing up to lend their support with Lawrence Dallaglio, Darren Gough, Steve Finn and Carl Froch amongst those to have already signed the flag.

David Newbury, Head of Brand Marketing, said, “We’re delighted for Jimmy who has been a fantastic ambassador for the Slazenger brand during our long association. This tour is our way of celebrating his achievements and allowing the public to send their congratulations to one of England’s all-time sporting greats.”

The Slazenger ‘Congratulations Jimmy’ flag is touring the country this week. More updates on the flag’s location can be found on the @SlazengerSport Twitter page. To celebrate Slazenger ambassador Jimmy Anderson becoming England’s all time leading test wicker Slazenger is giving 10% off its entire cricket range. Visit store.slazenger.comfor more details.