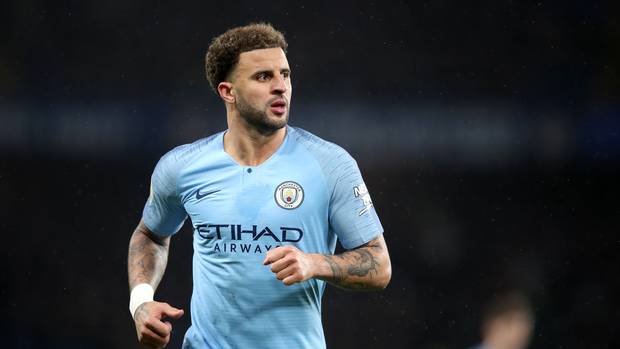 Right back Kyle Walker has signed a new contract with Manchester City.

The two-year extension will keep him at the Club until the summer of 2024.

The England international joined City from Tottenham Hotspur in July 2017 and has become a stalwart in defence, clocking up 100 appearances in all competitions and helping Pep Guardiola’s men to two Premier League titles, two League Cups, an FA Cup and a Community Shield.

“I’m thrilled to have signed a new deal,” he said. “Playing for City has been everything I’d hoped it would be and more.

“It was an easy decision. I want to be competing for trophies, playing at the highest level, and I feel I have improved hugely as a player during my time here.

“The Club’s vision – both on and off the pitch – matches mine perfectly and I’m looking forward to spending the new five years here, hopefully winning more silverware.”