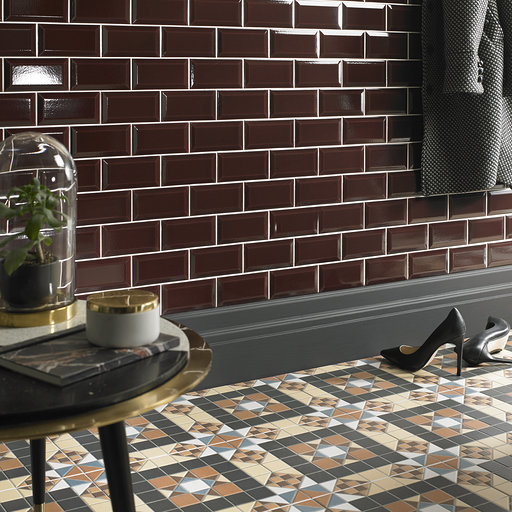 Homes up and down the country can now have historically inspired interiors in the style of one of the UK’s most iconic buildings – Victoria Baths, Manchester.

The beautiful Baths – featured in TV smash hits Cold Feet and Peaky Blinders – is the inspiration behind a new range of tiles designed by creatives at Tile Giant.

The new collection includes 50 new tiles varying in six different sizes and styles, spanning across seven primary colour schemes. Like the Baths themselves, the unique new tile range features deep glazed green designs and rich terracotta and ochre colours. A percentage of each tile sold will contribute to Victoria Baths Trust, the charity who look after the building, with the long-term aim of full restoration.

Tile Giant has worked in partnership with Johnsons Tiles to produce the range which will cost from £35 per m².

James Heese, managing director of Tile Giant, says: “Our designers spent time on site at Victoria Baths to soak in the very best in this classic British design. When you walk through the doors of the Baths, you are transported to another era of elegance.

“The Edwardian design and architectural inspiration of this new range will mean that homeowners will feel a sense of stepping into history, while maintaining high quality design that translate in to modern day living.

“For every product sold we will be guaranteeing a contribution to Victoria Baths Trust to keep the doors of this stunning building open to the public.”

Described as Manchester’s ‘Water Palace’, Victoria Baths first opened its doors in 1906 but closed in 1993. Since then, its part-restoration has enabled the space to be open to the public as a heritage visitor attraction, an events venue and a location for many TV and film productions.

Jill Earnshaw, from Victoria Baths, says: “Our vision is to get Victoria Baths fully reopened to the public, with a pool and a Turkish Baths, just as they were in their heyday, and our community is fully behind this campaign. Tile Giant’s support is greatly appreciated.

“The style and look of the Baths is something that strikes everyone who visits or who has seen the building on TV and to have the opportunity to recreate that style in your own home is fantastic.”

Two large stained glass windows are next in line for restoration, as part of the long-term plan to restore the building to its former glory and bring its facilities back into public use.