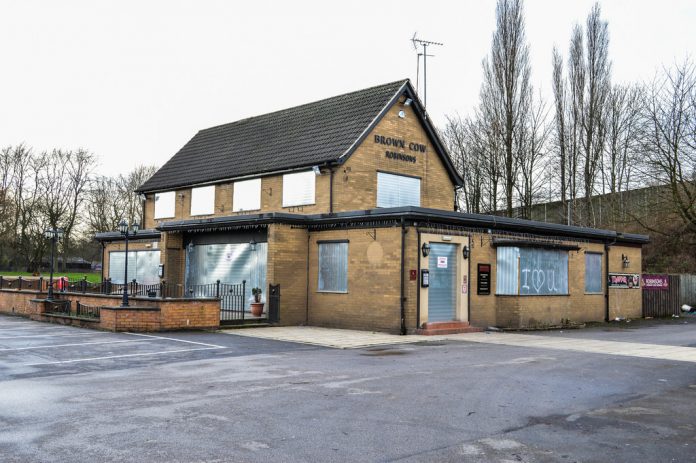 A vandal hit Salford pub is to be demolished and replaced with houses.

The former Brown Cow on Worsley Road, Winton, closed in 2015 and has since suffered attacks from vandals, including two fires.

A decision on the application was deferred at Salford City Council’s planning panel meeting in October for a site visit. Since then the developers have reduced the number of properties to be built and have amended the layout of roads on the estate to make sure refuse and emergency vehicles can turn safely.

Salford City Council has put in place a provisional tree preservation order on the belt of trees at the south-western boundary of the site which the developers had asked to remove.

Councillor Derek Antrobus, lead member for planning and sustainable development, said: “I’m pleased to see family homes being built on this site which is close to the local park, shops and the public transport network. We are trying hard in Salford to use brown-field sites like this to meet our housing needs.”

Leisure centres could be forced to close without government investment

Jailed after he hid his partners body for a year