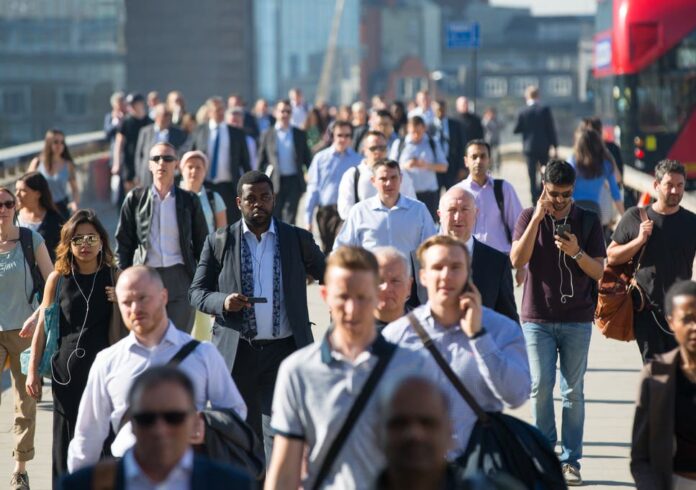 The UK’s health emergency is turning into a severe economic crisis according to a report out today by the Organisation for Economic Cooperation and Development (OECD) and the number unemployed people in Britain could soar to almost 15% of the working population if the country experiences a second wave of the coronavirus pandemic.

UK wide GDP is projected to have fallen by almost 15% by the second quarter of 2020. The OECD-wide unemployment rate rose from 5.2% in February to 8.4% in May. In those countries for which data is available, during the first three months of the crisis total worked hours have collapsed on average 10 times more than in the same period of the global financial crisis.

Unemployment is projected to reach a record-high level by end 2020 and only start declining in 2021.The OECD projections are based on two scenarios (with and without a second pandemic wave later in 2020).

In the case of a second wave, the crisis would be worse and more protracted.Without a second wave, employment in the United Kingdom is projected to fall by 4.6% in 2020 and grow by only 2.1% in 2021.

This contrasts with the record low of 3.8% experienced in 2019 . In the second wave scenario, unemployment in the United Kingdom could reach 14.8% by the end of 2020

Some groups are paying a heavy toll.The crisis has disproportionally affected some groups more than others (e.g. self-employed, temporary and low-pay workers, youth, women), either because of their greater difficulty in protecting themselves from infection or via the impact on their jobs.

This may exacerbate existing labour market inequalities. In April 2020, on average across 11 OECD countries, workers in the top earnings quartile were on average 50% more likely to work from home than those in the bottom quartile who, conversely, were twice as likely to have stopped working

These results point to the possibility that the COVID-19 shock will reinforce the existing trend of employment polarisation.

The short-term impact of the crisis has hit those who were already disadvantaged hardShare of total workers usually employed before the onset of the crisis, by income and place of work in April 2020.

The labour market and social policy response has been unprecedented OECD countries have taken massive steps to enhance income support as well as to introduce or expandjob retention schemes, whose take-up has been unprecedented in some countries. As economies re-open and activity picks up, however, policy makers must accompany the recovery by striking the right balance between providing continuous support and encouraging business activity and the necessary restructuring.

The United Kingdom took a number of extraordinary measures to support workers, households and companies and contain the rise in unemployment:By the end of May 2020, 31.5% of employees in the United Kingdom were covered by claims for the newly introduced Coronavirus Job Retention Scheme, compared to 25.0% across the 22 OECD countries where job retention schemes are in place.

Beginning in July, the United Kingdom has started to phase out this scheme and gradually increase the cost to employers for keeping workers on furlough.

The United Kingdom increased the standard allowance associated with their Universal Credit programme for individuals out of work or on low incomes.

In the United Kingdom, the self-employed with average annual profits below GBP 50 000 receive a taxable grant of up to 80% of their previous earnings (up to GBP 2 500) over the last three years. The United Kingdom also stepped in to help vulnerable households launching a national voucher scheme to ensure that the 1.3 million eligible school-aged children will continue to have access to meals during school closures.

OECD director of employment, labour and social affairs Stefano Scarpetta said: “Only in a matter of three to four months, in terms of unemployment, we have gone back to where we peaked after the 2008 financial crisis.

“I think we are talking about an impact on the labour market, which is unfortunately closer to the Great Depression more than the financial crisis – the impact is massive.”

Mr Gurria said: “These numbers do not convey the massive hardship that is implied by an increase in unemployment of this scale. They mean large jumps in poverty, personal bankruptcies, depression, homelessness, crime. That’s why policy responses must be timely, they must be ambitious, and they must be sustained.”

“The young are once again at risk of becoming the biggest losers of the crisis,” he added.