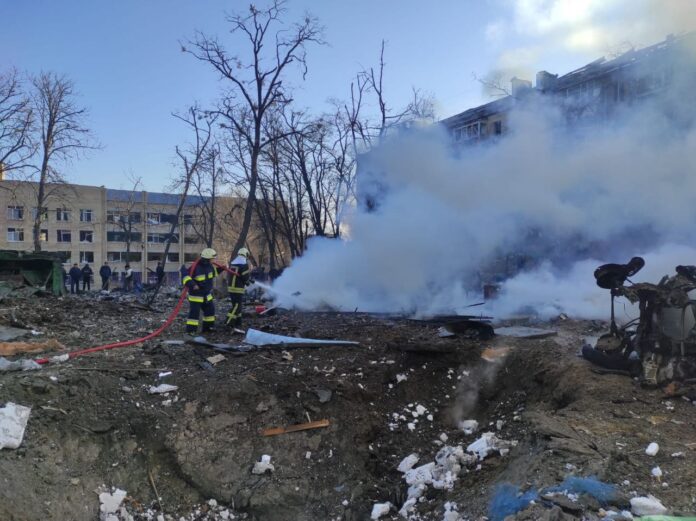 There are reports that Russian forces have bombed a school sheltering 400 people in the besieged city of Mariupol.

At least 847 civilians, including 64 children, have killed in Ukraine since Russia’s all-out war began on Feb. 24.

According to the United Nations office on human rights, there have been 2,246 civilian casualties, of which 847 have been killed and 1,399 injured since Feb. 24.

The UN agency believes that the actual figures are considerably higher since officials have not been able to verify information where intense hostilities have been ongoing.

Russia,it says,has increased indiscriminate shelling of residential areas in those cities, and will likely continue it.

71 children have been evacuated abroad from an orphanage in Sumy.

Sumy Governor Dmytro Zhyvytskyi wrote on Facebook that the infants had been sheltering in basements for 2 weeks before they could be evacuated abroad to a safe location. Many of the infants also have health problems.

Luhansk Oblast Governor Serhiy Haidai says that 24 houses and apartment buildings were destroyed in Rubizhne and Severodonetsk over the past 24 hours. 7 people were evacuated and 3 people killed, including 2 children.

Five people, including a 9-year-old boy, were killed by shelling or airstrikes in just one district of Kharkiv on the night according to reports from Vyacheslav Markov, an aide to the head of Kharkiv Police

Domestic violence charity expands as referrals surge during the pandemic