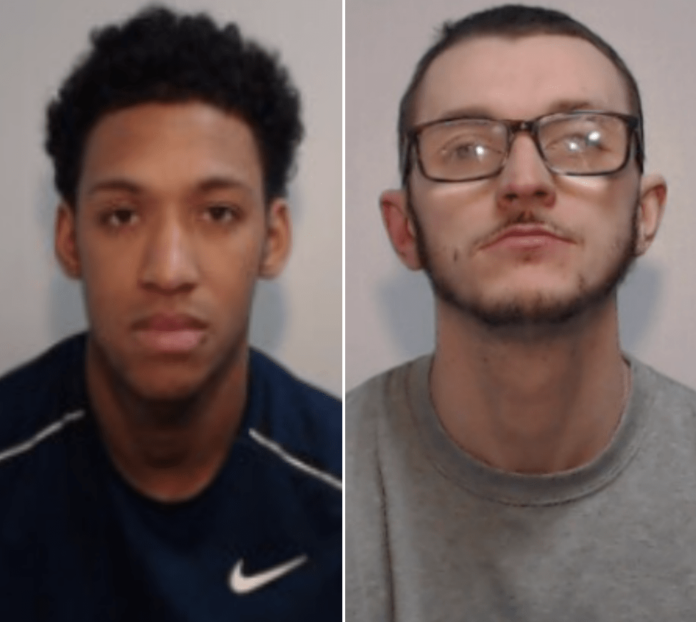 Jerome Williams 24, of Beresford Crescent, Stockport was sentenced to 21 years in prison after being found guilty of assault, possession of a firearm with intent to endanger life and conspiracy to pervert the cause of justice.

The court heard that in February this year, Williams drove a Seat Leon with the gunman as a passenger, who is yet to be identified, to the victim’s address in Woodley.

The gunman got out of the car prior to Williams arriving at the address and made his way to the house on foot and hid nearby in waiting.

Williams then messaged the victim’s son who was inside with his brother and their friends, and lured the group to come out of the house.

As the group came outside, they saw Williams driving the car and began to chase it down the street. As they did so, the gunman came out from his hiding place, appearing behind them and started to fire shots at the group.

The victim, who had followed the group out from the house, was hit in the legs by three of the bullets fired.

Following this shooting, Williams drove to meet Jefferies and asked him to dispose of the car. As Jefferies was driving away, he was involved in a collision with another car, which also caused damage to a parked vehicle.

Following the collision, Jefferies fled the scene on foot leaving the Seat Leon behind. The car was seized by GMP for forensic examination, and a can of petrol was found in the front seat with Jefferies DNA on the handle, which the court heard was going to be used as an accelerant to burn the car and destroy any evidence from the shooting.

Detective Constable Laura Burgess of GMP’s Stockport District said: “This was a horrifically violent and calculated attack in which a gunman laid hiding in wait before deceiving the victims and tricking them into coming outside.

“A man, who we do not believe was the intended target for this attack, has been left with severe injuries as a result of being hit by three of the bullets which were being fired aimlessly at the group, with no concern for anyone’s safety.

“Although Jefferies was not present at the actual shooting his role in this crime must not be underestimated. Whilst aiding Williams in the destruction of the car he put the safety of others at risk by committing a number of driving offences which could have resulted in serious injury to innocent members of the public.

“This is a great result to see these two men put behind bars and given the time they need to reflect on their despicable actions, however I would like to highlight that this investigation is not over. We still have one man outstanding and would like to ask anyone who has any information that can help us bring this man forwards to face the justice he deserves to speak to police.”