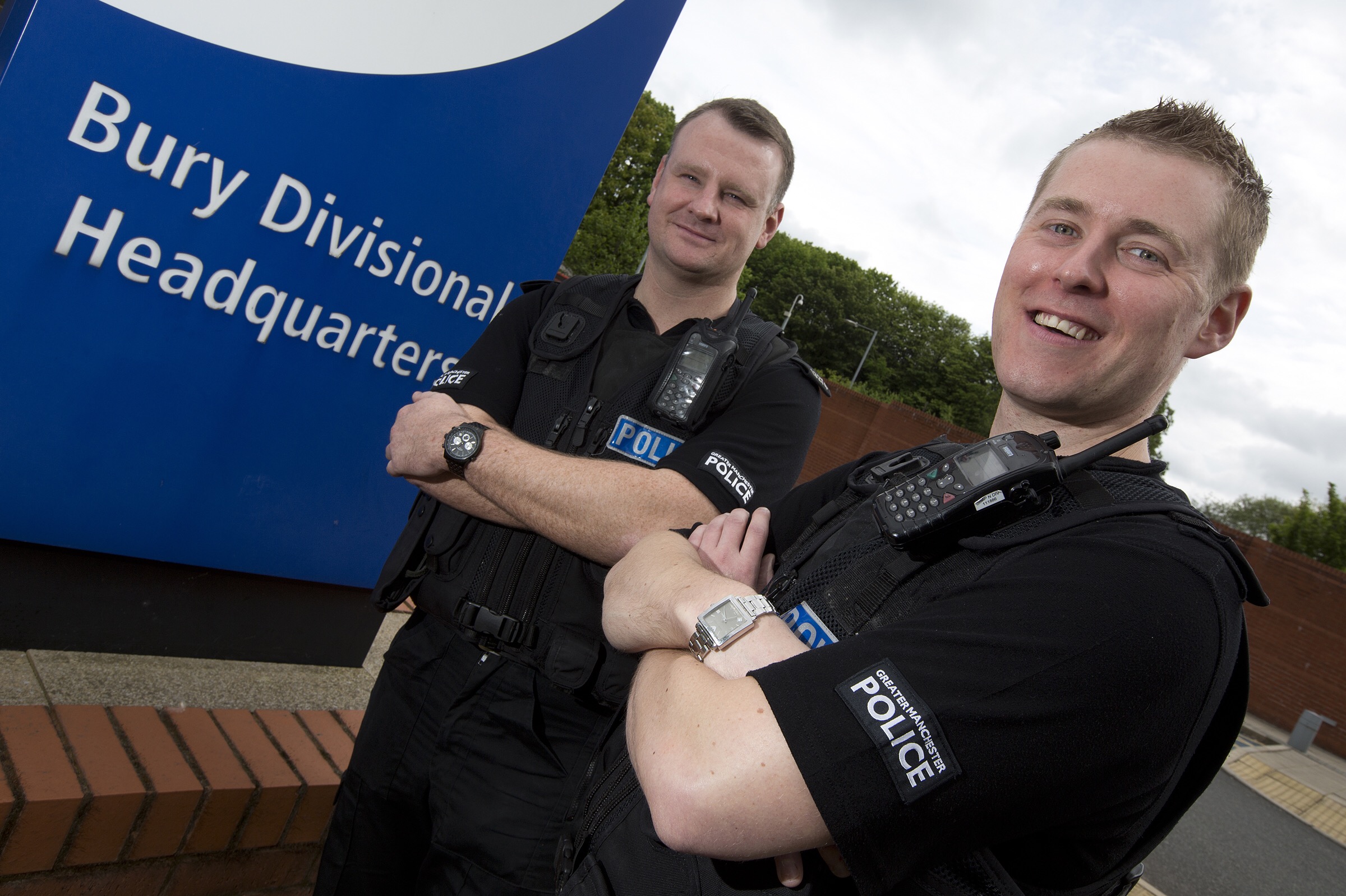 The prestigious annual Police Bravery Awards will this year hear of two Greater Manchester Police PCs who arrested an armed woman who had broken into a house and was making threats.
The female offender had sneaked into the house and hidden in the garage while the male occupant had taken the dog out.

A few hours later when the couple and their children had gone to bed, the offender came out of her hiding place and armed herself with a kitchen knife and went upstairs.

On entering the main bedroom, the woman brandished the knife at the occupants and demanded money and possessions from them. During this initial confrontation the offender then ran out of the bedroom and was at large in the main part of the house allowing the occupants to ring the police.

The officers, PC Graeme Black and PC Paul Hamer were first at the scene during the incident on 18 November, 2013.

At that moment the unknown female offender came down the stairs, still brandishing the knife. When she saw the officers, she immediately ran back up the stairs towards one of the bedrooms.

The female occupant began screaming and told the officers that her children were upstairs in the bedroom that the offender had gone into the room. Without thought for themselves, the officers ran after the intruder and forced entry into the now-barricaded bedroom and challenged the offender physically.

PC Black trained the red dot of his Taser on the offender while he and PC Hamer physically disarmed her and between them neutralised the very real threat she posed.

The offender appeared to be in a drug induced state and her actions were unpredictable. The officers showed great courage and bravery to tackle her in the way they did.